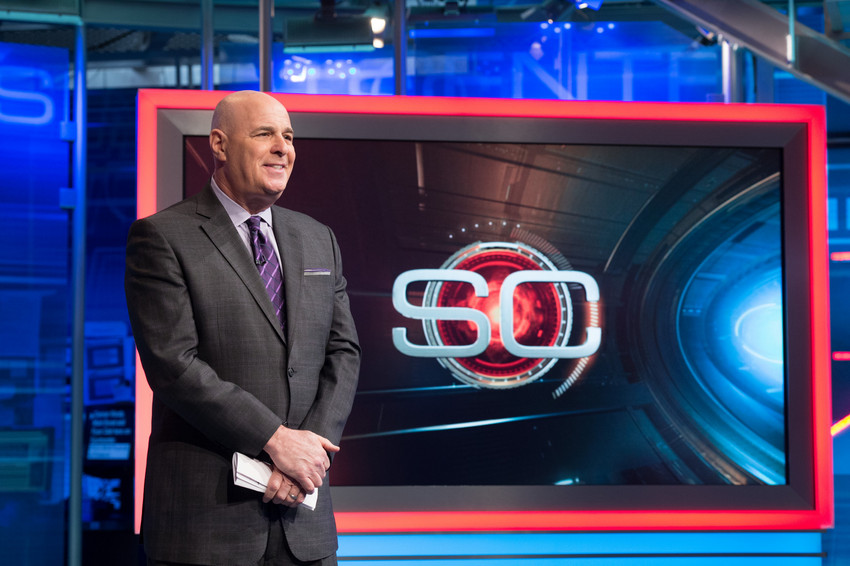 In the wake of massive talent layoffs, ESPN has been quite aggressive in promoting the talent that it has re-signed to stay at the network. ESPN has made a habit of announcing talent re-signings in recent years, but there has been a slew of announcements in the last few weeks to try to counteract the narrative produced by the layoffs of dozens of on-air personalities.

The latest person to sign a new deal in Bristol is a relative newcomer to the network – former Virginia Tech basketball coach Seth Greenberg.

Greenberg will continue as one of the network’s top studio analysts throughout the college basketball season including his role on College GameDay alongside Jay Bilas and Jay Williams with Rece Davis hosting.

He will appear on various ESPN platforms, including regular appearances on SportsCenter and ESPN Radio programming, in addition to calling select games. Greenberg’s unique relationship with college coaches across the country led to his popular “Behind-the-Bench” segments, giving fans additional in-game access from a coach’s point-of-view. He also hosts a weekly podcast “Courtside” on ESPN.com that features top-billed guests from the college basketball world.

“ESPN has provided me a platform to share my 36 years of college basketball experience with the viewers and I don’t take that for granted,” said Greenberg. “I am fortunate to be part of the college basketball team and work with so many talented and passionate people. I am excited about the future and appreciate ESPN’s confidence in my ability to bring the viewer inside the game.”

“We are lucky to have a lifetime coach in Seth Greenberg as part of our college basketball coverage,” said Lee Fitting, ESPN senior coordinating producer. “Seth’s overall knowledge of the game and his relationships in the basketball community add an extra level of expertise that translates well to our multiplatform coverage.”

Greenberg joined ESPN in 2012 and immediately became one of ESPN’s top college hoops analyst with his distinct personality and quality analysis. The former coach was always seen as someone who would have a great career in television if he ever chose to go that route and that has been proven true over the last several years. It’s important for ESPN to look forward after going through such a turbulent year and pinpoint the personalities that will help form their core moving forward. Greenberg is someone who can be an anchor of their college basketball coverage for many years to come.