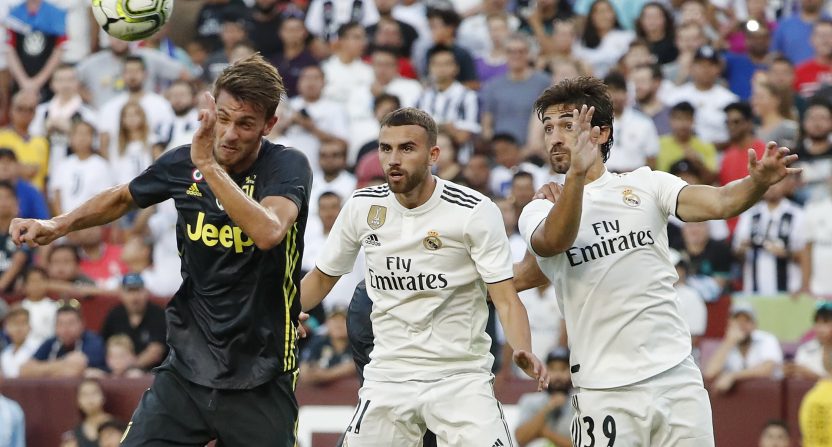 After John Skipper left ESPN last year, people wondered if the Worldwide Leader would continue to be aggressive in securing soccer deals. The former ESPN President was instrumental in obtaining rights to the 2010 and 2014 FIFA World Cups and the current MLS deal. But with Skipper gone and Jimmy Pitaro in his place, would ESPN still be interested in the beautiful game? Well, with recent deals for Serie A and the FA Cup, it shows that the answer is a resounding yes.

Last week, ESPN announced it had gained the rights to Serie A for three years, $55 million per year with the bulk of games appearing on its ESPN+ streaming service. One game a week would be aired either on ESPN or ESPN2. Serie A had been previously been aired on beIN Sports.

Sports Business Journal reports that along with the Serie A, it had obtained the ability to air and stream England’s FA Cup which had been previously seen on Fox/FS1.

In addition, ESPN FC which had been on ESPN’s linear networks is now being streamed daily on ESPN+. It also has the out-of-market MLS package, English Football League, UEFA Nations League and other properties. And ESPN has announced that it will have games from the Dutch Eredivisie, Chinese Super League, Australia’s A-League on the service as well.

While Skipper made soccer tentpole programming on ESPN, it appears Pitaro is making soccer a huge part of ESPN+. And with a monthly price of $4.99, ESPN+ is quickly becoming an affordable service based on not just its soccer programming, but its other properties like college football.

So as ESPN+ goes forward, perhaps look for its parent company to look for more soccer programming as rights become available and perhaps it could even be a player for English Premier League games when that package goes up for bid.