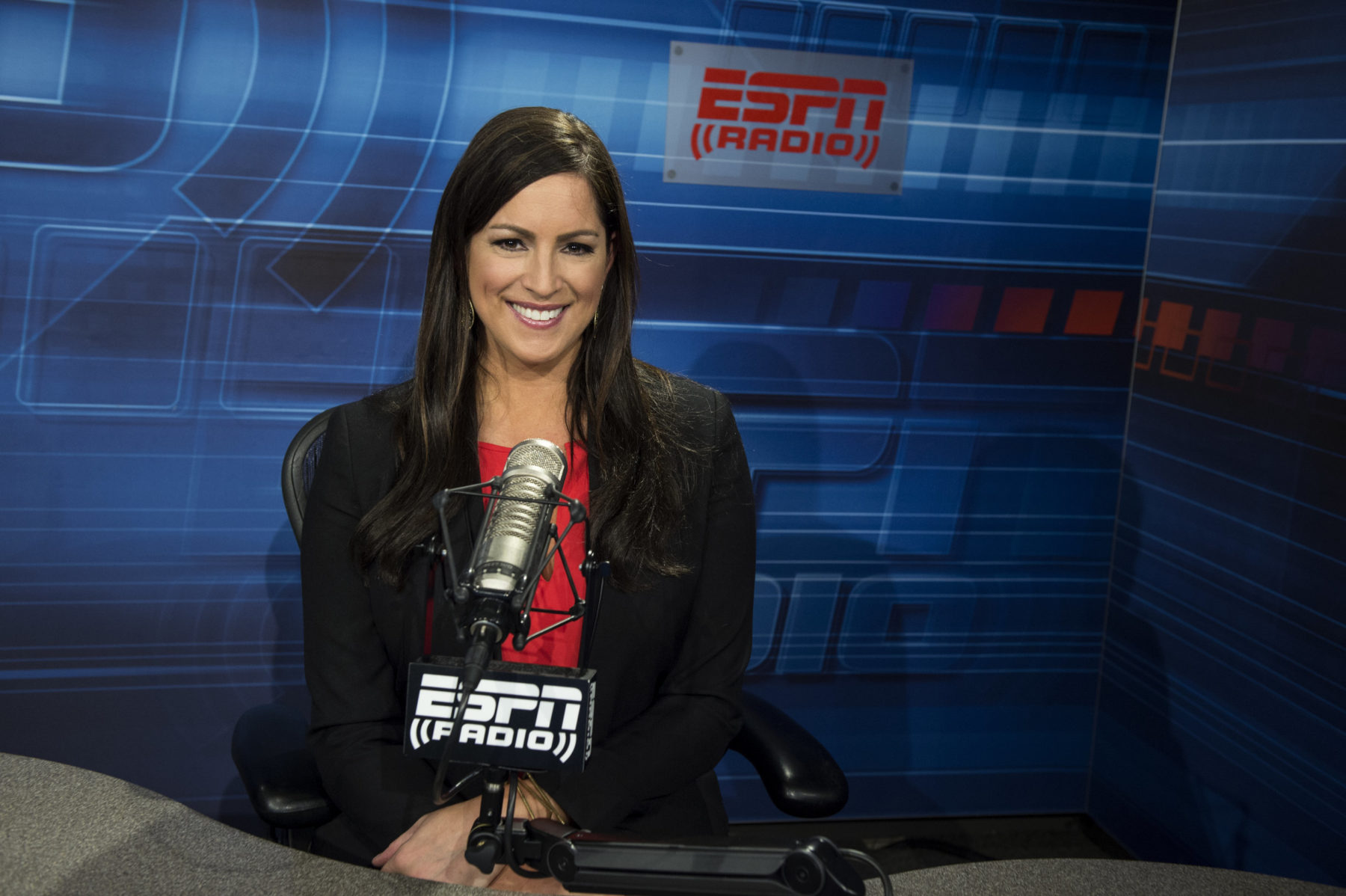 This week, ESPN published an episode of Sarah Spain’s “That’s What She Said” podcast that should be required listening for anyone, and particularly any male, who works in sports media, wants to work in sports media or ever interacts with people in sports media.

Over the course of about 75 minutes, Spain and a crew of high-profile women in sports media shared their experiences of being objectified and sexualized, explain how lewd or chauvinistic comments in person and on social media affect them day to day and prescribe ways we can all improve life for women in the industry.

The episode is packed with important and salient insight, but the segment about clothing was particularly poignant. After citing the example of an Australian newscaster who wore the same suit for a year straight without anyone noticing, Spain asked her guests about the process of getting dressed in the morning.

The No. 1 thing that you always consider is how much cleavage you’re showing because that’s the No. 1 thing everyone always comments on. So you try to wear something that’s high neck but not so much that you’re choking. But I’ve also found that it actually doesn’t matter how provocative or not what you’re wearing is. Someone’s always going to comment on it. 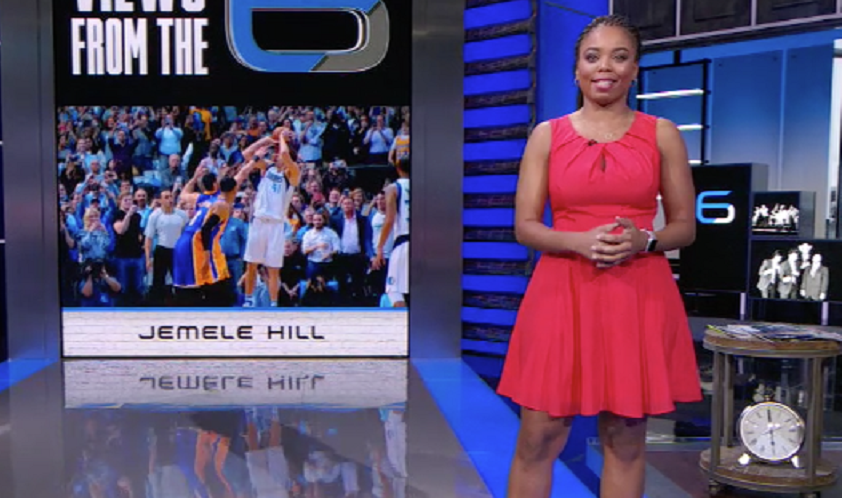 I think we have to be much more aware of our physical appearance. It’s a shame, but people make judgments more so about how women appear physically, as opposed to men. As in, if you’re wearing something that somebody sees as risqué, they start making assumptions about your personality and what you’re trying to quote-unquote sell as you’re appearing on camera. We’re put in a very awkward spot. Because despite whatever information we have, despite whatever analysis we bring to the table, there is a fascination, not a good fascination, with how we look.

SportsCenter anchor Elle Duncan explained how she has faced both sides of social-media sexism. When she began wearing more comfortable clothes during her pregnancy, she heard from viewers who wanted her to dress less conservatively. When she bought a new dress and didn’t realize until too late that it was somewhat low-cut, she was bombarded with angry tweets from people who thought the outfit was too revealing.

For three hours, I just got shredded. “You have your boobs out and it’s Easter, what is wrong with you?” “Jesus has risen.” It was to the point where I was so incredibly uncomfortable I stopped asking to do on-cam leads. I was putting my hand in front of my chest and trying to make it look organic, and it bothered me so much that I couldn’t wait to be done with the show. 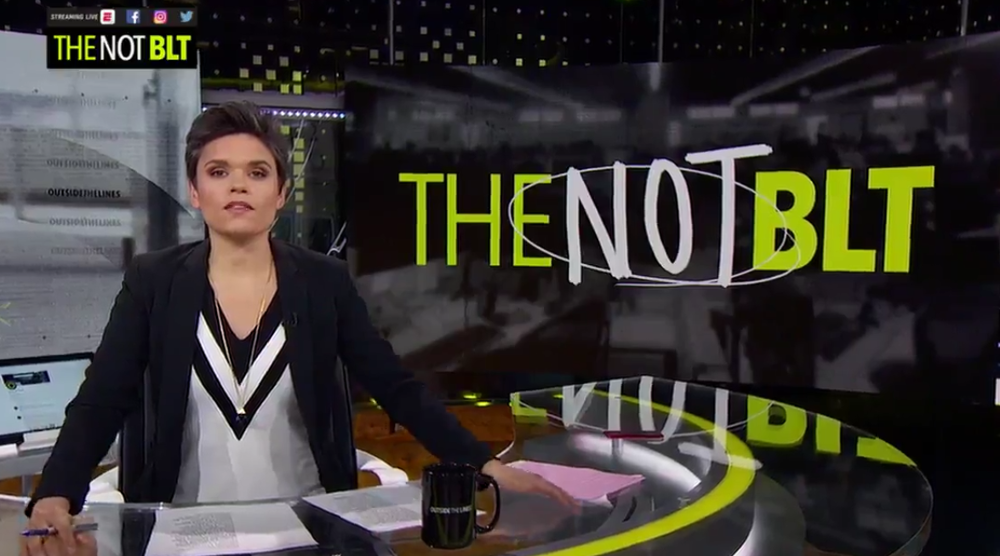 Kate Fagan explained how the comments sometimes get to her, even if she doesn’t want them to.

I wish I could say that I just blew those [comments] off, but there’s a couple pieces of clothing that I have that I’ve worn on TV that someone has said something [about], and every time I go to consider what I’m wearing next I always look at that piece of clothing, and I have not chosen it again. And now that I’m thinking about that, I think I’m going to have to wear that specific piece of clothing next time because I don’t want to let that rule me.

The podcast goes on and on. Rebecca Haarlow was criticized for having a single eyelash out of place. Hill received an angry comment on Twitter about how her boots were untied in the back. Spain has heard about everything from a chipped nail to the shape of her eyebrow. Molly Qerim has been pulled aside and told that her boss wanted her to lose weight. Duncan has had clauses about her hair written into her contract.

These stories (and many more on the podcast and elsewhere) make clear that the objectification that comes with being a woman on television can be exhausting even for those who have put up with it for years. Said Spain:

There’s so much more that goes into the job of being a sports reporter, for women, than there should be, whether that involves what you’re wearing and how you look or how other people react to how you look.

Again, the entire podcast is well worth listening to. You can find it right here.