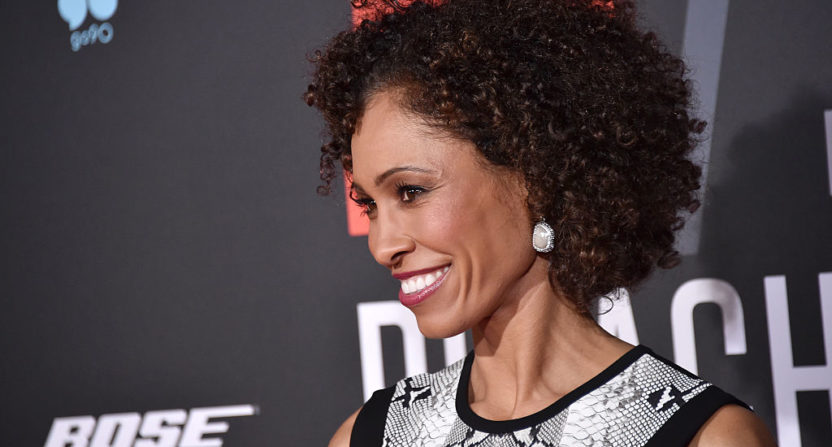 “If they make you choose a race, what are you gonna put? Well, both,” said Steele. “Barack Obama chose black and he’s biracial…congratulation to the President, that’s his thing, I think that’s fascinating considering his black dad is nowhere to be found but his white mom and grandma raised him, but okay. You do you. I’m gonna do me.”

“Listen, I’m pretty sure my white mom was there when I was born,” she continues. “And my white family loves me as much as my black family.”

Today, Steele apologized for the controversy her statements caused, while noting the need for a less divisive dialogue.

“I know my recent comments created controversy for the company, and I apologize. We are in the midst of an extremely challenging time that impacts all of us, and it’s more critical than ever that we communicate constructively and thoughtfully.”

Awful Announcing learned Steele will not be on SportsCenter this week, and she’ll also not be attending the espnW Summit, which John Ourand first reported. Steele recently tested positive for Covid and dealt with mild symptoms. That obviously contributed to her absence, though it wasn’t the only factor.

ESPN released a statement as well:

“At ESPN, we embrace different points of view-dialogue and discussion make this place great. That said, we expect that those points of view be expressed respectfully, in a manner consistent with our values, and in line with our internal policies. We are having direct conversations with Sage and those conversations will remain private.”

Under the current regime, ESPN’s disciplinary actions are kept in-house. This coordinated apology and press release would suggest that some of those private conversations led to this step.