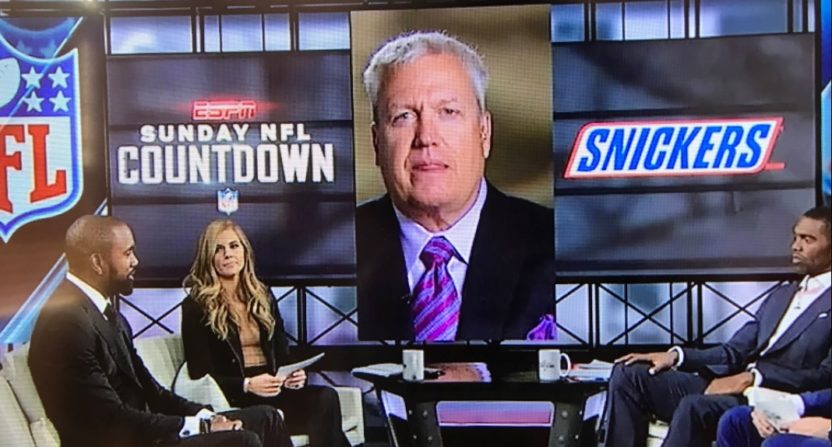 Is Rex Ryan done with coaching in the NFL? At 54, he’s still relatively young for the profession (although coaches like the Rams’ Sean McVay, 31, and Adam Gase of the Dolphins, 38, have skewed that average age). A team seeking for a veteran coach to fill a head coach opening could show interest in Ryan, though his career record of 61-66 and a less than successful stint with Bills might compel general managers to look elsewhere.

Though Ryan’s current stint as an analyst with ESPN might allow him to recharge and re-evaluate his coaching philosophies, it’s also entirely possible that he could join former coaches like Jon Gruden, Bill Cowher and Herm Edwards who find the TV life preferable over the sleep-at-the-office grind of the NFL. In an interview with Ed Sherman for NFL.com, Ryan acknowledges the benefits of recuperation and appears to have accepted that his coaching days could be over. 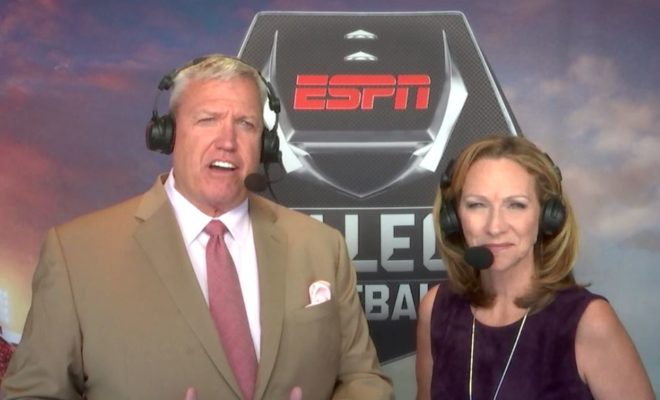 Ryan has embraced the studio life at ESPN, admitting that he prefers working with the team assembled for Sunday NFL Countdown, rather than calling games as an analyst in the broadcast booth. The outspoken coach was paired with Beth Mowins on play-by-play for the second game of ESPN’s season-opening Monday Night Football doubleheader and showed little of the personality that media and viewers expected from him. He came across as timid and slow to respond to replays as they were shown.

It was clearly an awkward situation for Ryan and that came across on the broadcast. But as he tells Sherman, he’s found a comfort level in the studio which has helped him be more opinionated. According to him, he won’t hold back over concerns that it might cost him a coaching job.

As with any profession, most people get better with time. Ryan does seem more comfortable bantering with his fellow analysts each week, and maybe even feels a bit more emboldened with Randy Moss, Charles Woodson and Matt Hasselbeck letting their personalities shine through and being candid on Sunday NFL Countdown. Ryan certainly seems like he could become pretty good at TV if he keeps at it and ESPN gets creative with utilizing his talents.