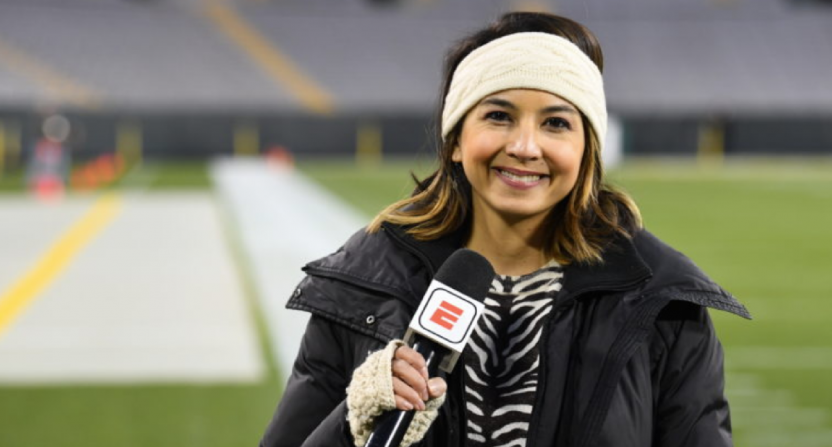 It’s media contract season, as we’re seeing with news like Shams Charania staying at the Athletic, Vince Carter joining ESPN, and broadcaster Mauro Ranallo leaving WWE. We now have another bit of contract news, as reporter and anchor Michele Steele has agreed to a new contract to stay at ESPN, the network announced Tuesday morning.

Based in Chicago, Steele will continue to report nationally for @SportsCenter & other platforms

Steele has filled multiple roles throughout her tenure, including anchoring SportsCenter. Steele now reports on multiple sports from Chicago, including collaborating with Adam Rittenberg on this summer’s deep look into racial disparities within the Iowa football program.

During her years with ESPN, Steele has demonstrated her versatility as a journalist by covering some of the biggest stories in sports both in the Midwest and nationally for SportsCenter, NFL Live, Outside the Lines and ESPN’s digital platforms. In addition, she has been a studio host, anchoring SportsCenter and OTL, and she has done features for those programs as well as SC Featured, E60 and NFL Countdown.

“The core of what I do is original reporting, adding texture and depth to the games that we all love,” said Steele. “I pride myself in my ability to find and tell original stories that not only challenge us to think – but ask us to feel.

“In a time where we are physically apart from each other, sharing stories that speak to our connections as fans takes on an even greater role,” she said. “While we may live our lives very differently in 2020, the things that bind us never went away.”

Among the national stories she has covered for ESPN: the Robert Kraft case in Florida; the murder trial of former NFL player Aaron Hernandez in Boston; the death of Muhammad Ali; and the devastating injury to Pittsburgh Steelers linebacker Ryan Shazier.

The pull quote is earnest – I really do have the best coworkers on the planet. Official: https://t.co/embhPJVw4C

Steele has been with ESPN since 2011.