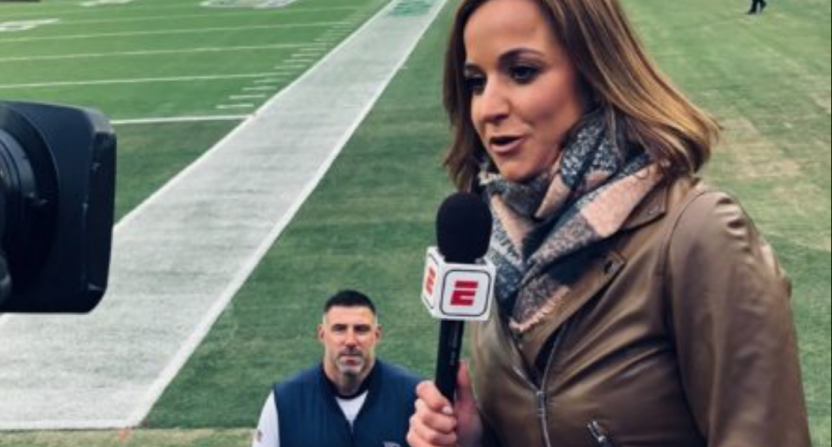 It’s extension season at ESPN, with plenty of new talent deals being announced in recent weeks.

We have another one today: reporter and host Dianna Russini, with the network announcing a multiyear extension that will keep Russini on the NFL beat and other hosting duties once she returns from maternity leave.

Now we gotta get him a little gold jacket Canton!

Thank you to everyone who helped us the last 9 months and those who sent us their love in any form.

It’s beautiful to be reminded how special this world is, especially when it’s easy to forget on this whacky website! ❤️ https://t.co/D2qHrpsmg4

ESPN has signed top NFL reporter and host Dianna Russini to a multi-year extension in advance of her fifth football season with the company. Widely respected throughout the League and among fellow media professionals and NFL fans, Russini will continue to break news and share live reports from stadiums around the League while contributing to ESPN’s most prominent platforms year-round. Currently on maternity leave, Russini will return to Sunday NFL Countdown, Fantasy Football Now, SportsCenter, Get Up and ESPN Radio later this season.

Since joining ESPN’s NFL team in 2017, Russini has deftly handled a multi-faceted role breaking news, obtaining key interviews, hosting shows, and providing live reports, analysis and features. Some of her recent, most memorable contributions include reporting from the sidelines in Oakland during the Week 1 Monday Night Football game in 2019, interviewing Titans’ head coach Mike Vrabel and All-Pro running back Derrick Henry in advance of last year’s AFC Championship, and reporting on how the reigning Super Bowl MVP Tom Brady became a Buccaneer. Additionally, Russini was first to report on two major signings earlier this year: Julio Jones to the Tennessee Titans and Trent Williams re-signing with the San Francisco 49ers – which made him the highest-paid offensive lineman in League history.

Russini appeared on the Awful Announcing podcast back in February of 2020, which is an episode well-worth listening to for her thoughts on women at ESPN and her career arc overall.

Both parties seem very happy to continue the working relationship:

“Dianna is so passionate about covering the NFL, and it shows in every assignment she works on,” said Seth Markman, ESPN vice president, production. “From an All-State athlete in four sports to an All-Star teammate here at ESPN, she is a terrific example of how hard work pays off.”

Russini added: “It’s such a special time to be covering the NFL, and there’s no better place to be doing it than at ESPN. I’m thrilled to be part of such a talented team—and I’m excited about the years to come.”

Since joining ESPN in 2015, Russini has hosted and appeared on a number of high-profile studio shows and worked NFL and XFL games for ESPN Radio and ABC, respectively. She also contributed to Monday Night Football’s digital pregame show, Monday Tailgate, in 2020.

Congratulations to Russini on the well-earned extension. Between this and her new child, August has been quite a month for her.