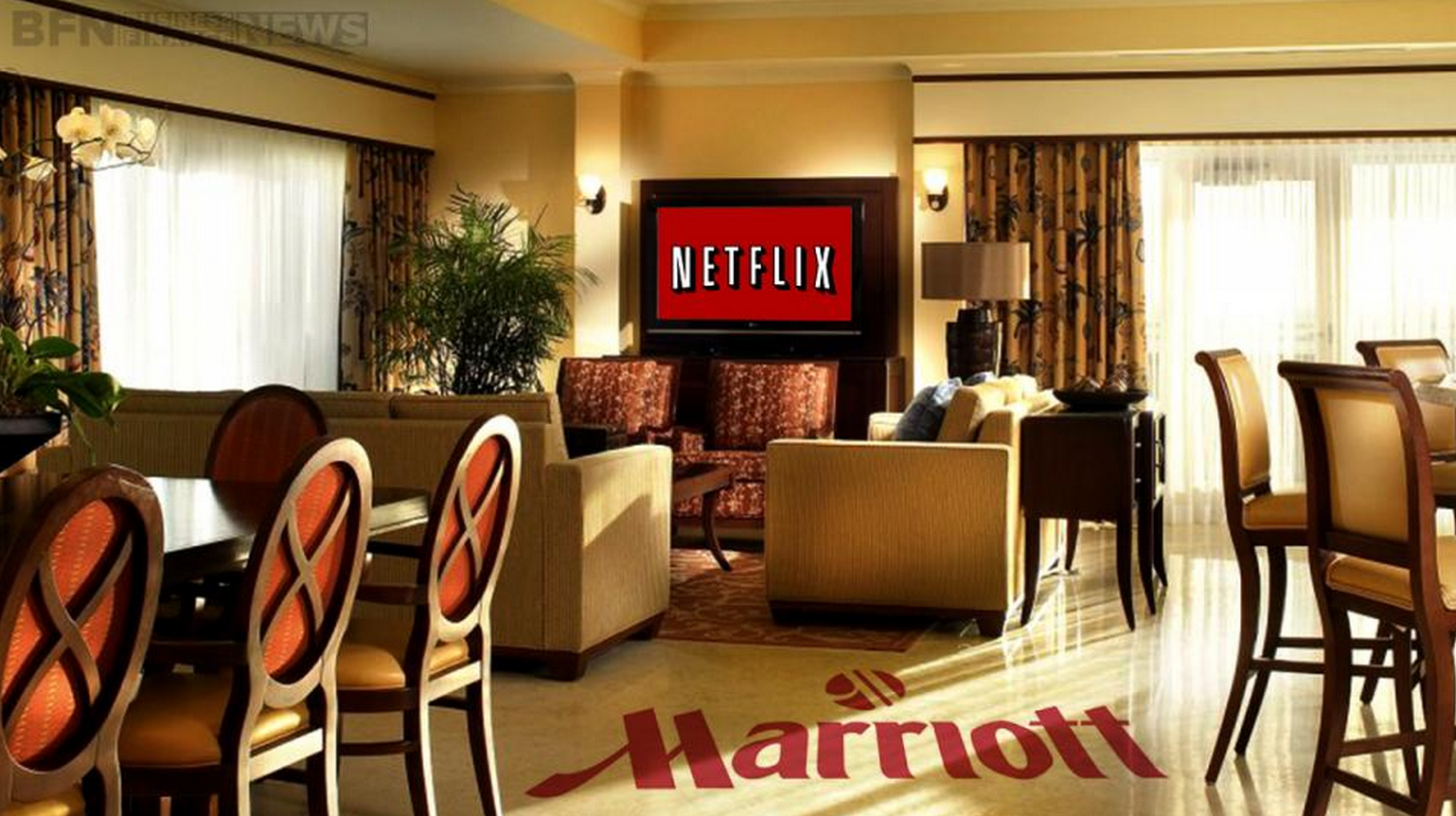 Offering ESPN has long been important for hotels, and recent data suggests ESPN is still one of the most-watched entertainment options there. However, it’s been passed by a surprising source: Netflix.

This data comes from a report from Enseo, a company that enables hotel TVs to offer access to apps like Netflix, YouTube, Hulu, Crackle and more. Enseo put out the following graphic (via Cord Cutters News) showing what viewers watched on the hotel TVs they tracked from October 1 through December 30 of 2016, and Netflix and ESPN were #2 and #3 respectively, behind only NBC (which is the default channel for many hotel TVs): 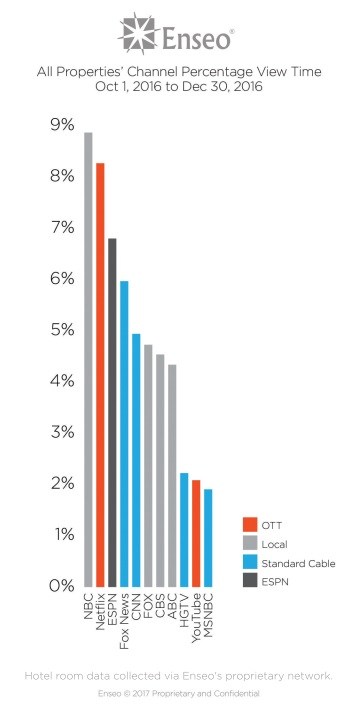 As the Cord Cutters News article notes, it’s particularly interesting that Netflix was so high when you factor in that users had to log in to their account in order to watch it. That’s a barrier to entry that typical TV doesn’t have, and that makes it remarkable that Netflix was so high. However, there are other factors in its favor; being away from home and your DVR may actually be a big boost for Netflix, as it gives you a commercial-free option to watch whatever you want, rather than limiting you to what’s actually airing at the moment.

Overall, though, while they trailed NBC and Netflix, this report still seems like pretty good news for ESPN. They were well ahead of all of the other broadcast networks, and they even beat CNN and Fox News. Of course, they often do that in regular cable ratings too, but it’s notable that they’re still as strong when it comes to hotels. That’s yet more incentive for ESPN to be excited about Nielsen’s forthcoming out-of-home metrics, which will track viewing in bars, gyms, hotels and other such locations.

Reports like this do show that ESPN isn’t just competing with other broadcast and cable networks, though. The Worldwide Leader is fighting for eyeballs with many different services, and that includes streaming services like Netflix. It’s no longer a world where you just have to be the best option on traditional TV; you now have to be the best entertainment option, period.

This report suggests ESPN’s still a big player in hotel viewing, and that eventually including hotel viewers in the ratings will be a boon to them. However, it may also be an indication that as connected-TV options in hotels continue to rise, more and more people may turn to those services instead of just flipping on ESPN.