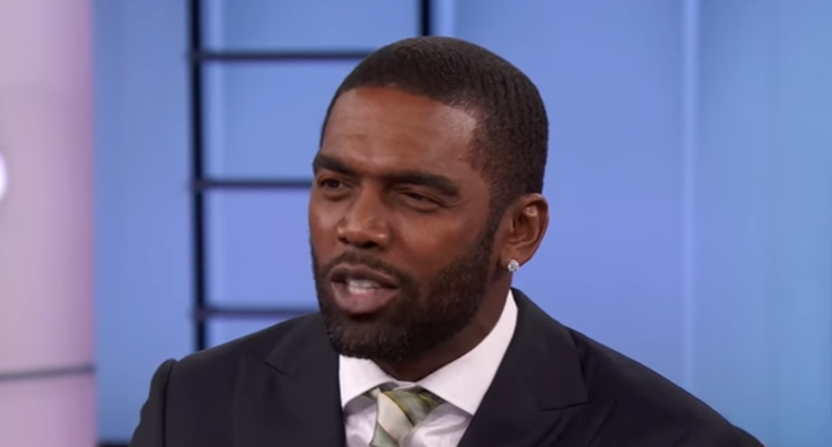 It’s to be expected that some subjects of ESPN’s 30 for 30 documentaries aren’t happy with the final product, as that’s a hazard of outside, non-subject-run documentaries (and journalism in general). It’s a little more interesting when the unhappy subject also works for ESPN, though. That would be ESPN NFL analyst Randy Moss, who, as part of a longer profile about how his second year as a regular ESPN analyst is going, told Uproxx Sports’ Martin Rickman he wasn’t thrilled with the end portrayal of him in 2014 30 for 30 installment Rand University. (Rickman’s dialogue is in bold.)

You’ve had a little bit of time to sit with your 30 for 30 now. Right when it comes out or when it’s filming, you think different things about it, but have you had a chance to watch it again recently? Have you changed your mind?

I still didn’t like the 30 for 30. No matter how it’s painted or what picture it painted, it still wasn’t the truth. I don’t attempt and won’t attempt to do anything. I’d really like to get my story out there, but I really wish I was doing it myself instead of relying on somebody like, you know, the guys that did it.

You’d want it to be your story?

Yeah, My story, not somebody else’s put together or some other stuff that they heard that they put in the story to make it a story. That’s not a story to me. I’m bitter about it because you lend somebody your time, you open your heart, you open up your community. All of a sudden, you tell them things that you did not want to say. Things that you did not want to be on there. Then they end up being on there. Regardless of whether it good for TV or not – but it’s still your story. Whenever I get the chance to put it back out there, I’ll do it my way.

Now there’s more of a chance than ever really for the player to own that, to tell that story, to say the things that they want. It seems like that a lot of those guys have more accessibility. You get to be a person and not just an athlete.

I’m older now. I’m 40 years old, so all the stuff is behind me man, so I just look forward. Whatever it is, it is. I just live and learn.

This isn’t the first time that Moss has criticized Rand University. In fact, he went off on it in even stronger terms in January 2016 to Yahoo’s Eric Adelson:

This is part of why he’s upset at the “30 for 30” documentary, “Rand University,” which was quite popular. He says ESPN promised to spend real time in his hometown of Rand, W. Va., and instead stayed only a short time.

“The ’30 for 30′ was full of lies,” he says. “I felt ’30 for 30′ was 70 percent true and 30 percent lies. I told ESPN I didn’t want to do it. They bugged me about it. I told ESPN, ‘You come into my community, where my people live every day, it’s best for you to tell the truth.’ ESPN came in telling lies, OK? I told them not to release it because it was full of lies. Know the truth, get the truth, before letting it out. Well, ESPN flew in during the day, left during the night. People in my community live there. Their children play together, grandchildren. There was a lot of animosity in my community for that ’30 for 30,’ that ESPN caused it, and they didn’t want to do anything about it. All they cared about was ratings and selling something.”

Asked to elaborate, Moss begs off and says he wants to find a way to tell his own version of his biopic.

“I’ll save that for the real story.”

But that was a little different, as Moss wasn’t working for ESPN at that point. They brought him in in May 2016 following his stint with Fox Sports. Clearly, those previous comments about ESPN didn’t prevent his hire, and Moss has dialed down the venom about that documentary a bit from January 2016 to now, but it’s still interesting to hear him publicly criticize something from his company that way.

So, what was in Rand University that was so objectionable? Well, when that film came out in November 2014, AA’s Ben Koo wrote on the critical look it presented at Moss’ hometown and at its coverage of some of the off-field trouble he ran into:

The term “Rand University” is a facetious and enduring name for the local hangout in the poor unincorporated small town of Rand, where Randy Moss grew up. Rand doesn’t have their own high school and the town of under 2000 has the barest of Wikipedia pages, but it does have the infamous 7-11 station where locals will go and drink in the parking lot by the dumpsters.

Many local athletes before Moss had stood out at nearby DuPont high school, but for whatever reason found themselves stuck in neutral drinking at “Rand University” rather than going on to an academic institution that didn’t consist of a parking lot, dumpsters, and gas pumps.

If you’re looking for the up and downs of Moss’s NFL career, you’ll be disappointed as half the film focuses on his formative high school years while nearly the rest of the film focuses on his turbulent collegiate career and path to the draft. A string of bad decisions, wrong places at the wrong times, and an unforgiving judicial system threaten to derail the obvious greatness Moss possessed.

The film goes to lengths to show Moss as a product of his upbringing. Not a saint by any means, but often misinterpreted as a troublemaker partially due some of the racial tension in West Virginia. I’m always curious to hear and learn more of the many many unique places within this country that I’ll likely never go, and I did find the look at Moss’ odyssey and the story of Rand itself insightful and interesting.

That said, no deeper narrative really comes to light in the film. Moss had bumps in the road, Moss overcame poverty, and with his playing career and legal situation on thin ice, was able to shelve his rebelliousness and thrive on the football field.

This particular 30 for 30 felt more like a really good E:60 segment as Rand University (perhaps handcuffed by its 1 hour run time) never really spends more than a few minutes on a single incident or topic. Everything is touched upon spanning poverty, race, education, maturity, drugs, growing up in a single parent home, and becoming a father at a young age. However, none of these possible narratives really gets put under a microscope. I don’t know if any of these topics that played a role in Moss’ upbringing warranted a deeper dive, but when compared to the top half of 30 for 30s, those films mostly had more substantive and/or historical looks at those themes.

It sounds like it’s perhaps that portrayal of the town that’s particularly bothering Moss, and that’s understandable. For the record, director Marquis Daisy (a current staff producer at ESPN Films) told Adelson he spent seven or eight days shooting in Rand, and ESPN Films executive producer John Dahl told Adelson “We stand behind the integrity of the production and the accuracy of the film.” And just because Moss was displeased with the end product doesn’t make it an inaccurate film; it may not be the narrative he would want out there, but that doesn’t mean it’s an inaccurate one.

If anything, Moss’ comments here (and particularly his comments about wanting to tell the story himself) help to show the growing divide between athletes and independent media, though, and the growing appeal of companies like The Players’ Tribune, Uninterrupted and other ghostwriting efforts that give the athletes more creative control in what eventually comes out. And it wouldn’t be surprising to see Moss someday find backers for his own version of Rand University, one that would probably have a much different spin. But would it be a better product for viewers than the outside look at the situation? That’s up for debate. In any case, it would certainly be interesting to see how a documentary from Moss’ perspective and with his editorial approval would differ.

Beyond that, it’s notable that even while Moss is settling into broadcasting and into his role at ESPN (as detailed throughout the rest of Rickman’s piece), he’s still unhappy about the company’s 3o for 30 on him. That’s certainly his right, and it’s refreshing to hear him be honest about it rather than toe the corporate line. But it’s unusual to hear an ESPN analyst criticize a 30 for 30. It’s probably not the biggest deal in the world, especially with that film being a couple of years old rather than coming up soon, but this is some intracompany shade of a kind we don’t often see.