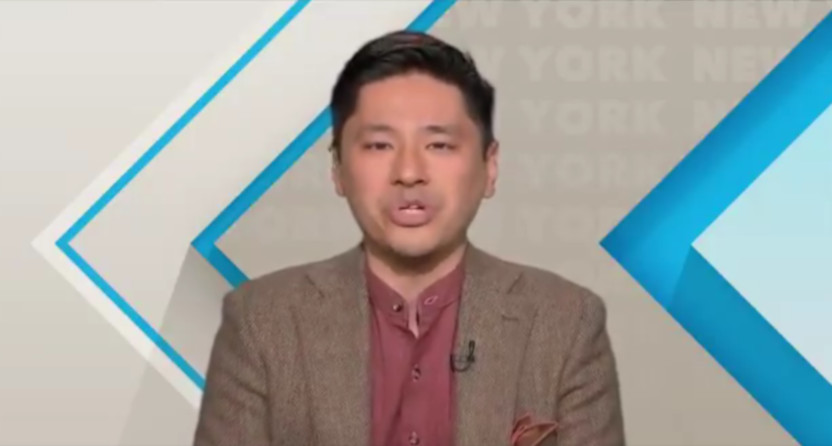 Sometimes, a show like ESPN’s Around The Horn provides a platform for smart personalities to speak their minds on something important to them. That’s what happened Wednesday, with Pablo Torre (seen above) and Mina Kimes speaking out about the last year-plus of violence against Asian Americans. They were specifically referencing the murders of eight people in Atlanta Tuesday night. Here’s how that segment went:

Today, @PabloTorre and @minakimes spoke out about the rise of violence against Asian Americans in the United States.

Torre says “You guys may have heard last night about the shootings that happened at three massage parlors around Atlanta. Eight people lost their lives, six of them were Asian, so many of them women. And this is a story, Tony, that is just the latest step in a horrifying year that has been defined for Asian Americans by hate crimes and racist abuse and bigotry. And the upshot in all of this is that a lot of Asian Americans feel unsafe. Oftentimes, we’re afraid to say that, we’re afraid to butt into the conversation, because we feel like maybe it’s not our place. This is our place, it’s our time to be heard and to have a seat at the table. And if you’re not Asian American and you’re listening to this and processing this, please take the time to listen and take what we’re saying seriously, because Asian lives do matter, and so does the conversation that we’re finally having around people who hopefully can get more that they deserve.”

Host Tony Reali then says “Thank you for your thoughts there, Pablo. Asian American hate crimes, more than 150 percent up in the last calendar year. And your thoughts and your representation here matters. Think of it this way, Mina Kimes, Pablo Torre, the most prominent Asian voices in broadcasting in a lot of ways. Mina, I would love to bring you in here.”

Kimes then says “Yeah, I’d just like to echo what Pablo said. We’re still waiting for details on this, but it does come at a time when crimes are up in particular against Asian women. I think about the last time we talked about it on this show, when Jeremy Lin came out and said he had been called ‘coronavirus’ by another player in the G League. And he said that not to punish that player, who he didn’t name, but to remind people, to remind our political leaders that your words matter. Your acknowledgement that this is happening matters. And your support for the Asian community, my community, especially at this time, it matters a great deal.”

Those are some thoughtful and insightful comments, and they matter. As Reali says, representation matters. As per an April 2020 post on the U.S. Census site, there were an estimated 22.6 million Asian alone-or-in-combination residents in the United States in 2018. With the total U.S. population estimated as 327.2 million that year, that’s 14.5 percent of the population. By contrast, the 2018 Associated Press Sports Editors Racial And Gender Report Card (the last one produced) found only 20.0 percent people of color on total surveyed staffs, with 3.3 percent of that number attributable to Asian Americans. The overall people of color percentage dropped to 15.0 percent when it came to sports editors, and there were only two Asian Americans serving in sports editor roles at that time.

Around that 2018 report card, ESPN drew some praise for its diverse hiring and diverse leadership relative to much of the rest of sports media. But it’s clear for anyone who consumes ESPN content (especially on linear TV) that there’s still a long way for them to go when it comes to diversity, and there’s still very limited representation of Asian Americans there, especially in on-air roles.

However, ESPN does employ two of the most prominent Asian American sports voices in the U.S. in Kimes and Torre. And it’s rather refreshing and promising to see that network, which has unnecessarily clamped down on so many people so many times for comments deemed to involve “politics,” air a segment like this with two of its voices speaking out thoughtfully on a pressing issue that affects them and many other people.