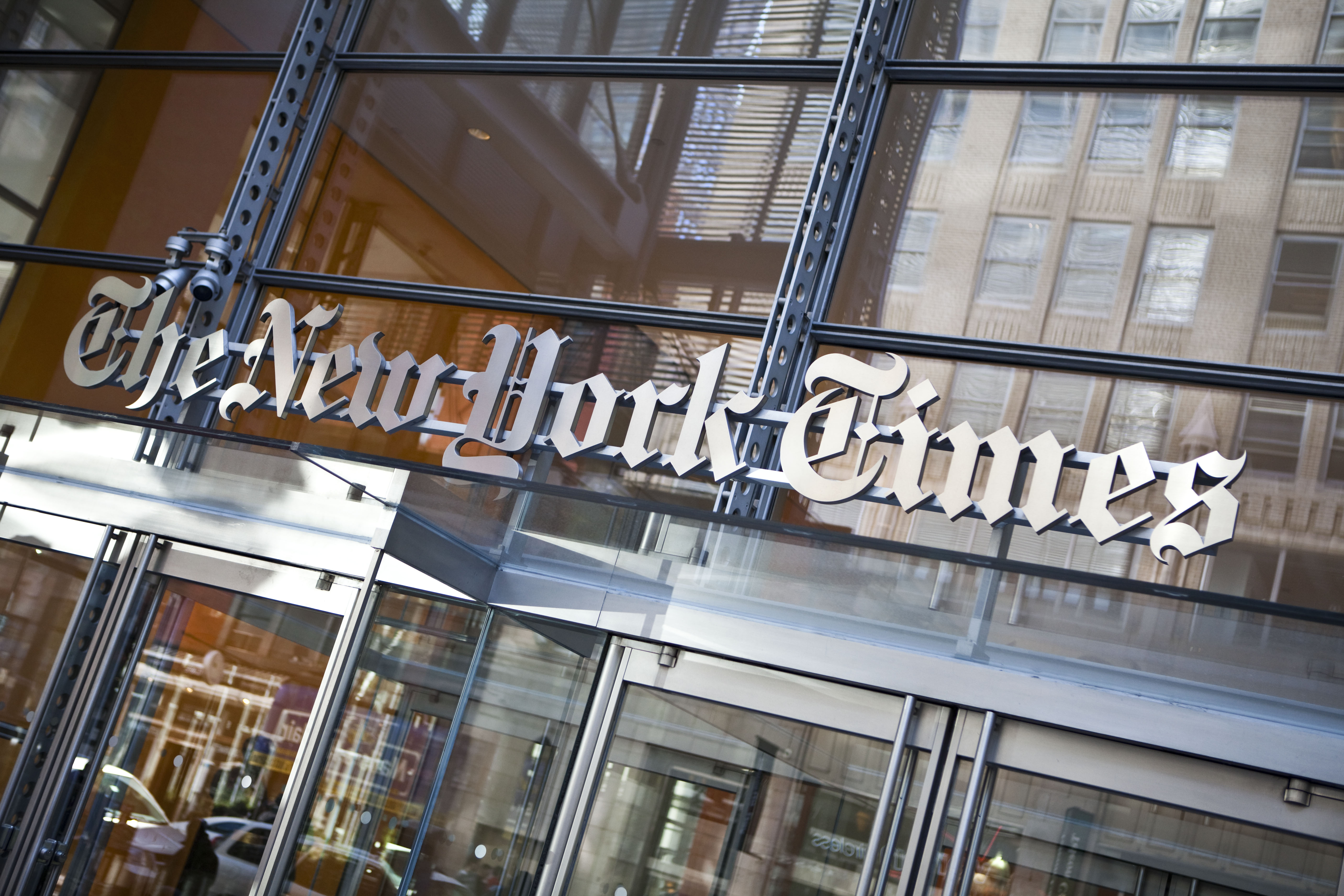 In light of Jemele Hill’s two-week suspension for suggesting that fans should boycott sponsors of the Dallas Cowboys, and the uproar she caused a month ago for her remarks about Donald Trump, how to approach social media has become a difficult question for ESPN to navigate. The network wants its on-air talent to show personality and express opinions, but where should the line be drawn? At what point can a pundit go too far and put a media outlet in a tough position?

This is an issue that the New York Times has been dealing with in recent months, especially in its dealings with the Trump administration and a segment of the audience that constantly disputes the newspaper’s reporting. Could the paper end up providing a blueprint for how ESPN handles social media among its anchors, reporters, analysts and commentators?

Early Friday morning, Politico media reporter Michael Calderone caused a stir with his Morning Media column that included an item about the NYT and its reporters’ use of social media, following a Thursday night discussion at George Washington University that touched on that very subject. White House reporter Glenn Thrush recently left Twitter, saying it had become too much of a distraction in his daily work routine. Colleague Maggie Haberman also stayed off Twitter for the past week, saying that responding to all-night alerts and the general frenzy of her beat had made her “a little crazy.”

The Times‘ executive editor Dean Baquet responded by saying “I’ve spent full days policing our social media,” and revealing that he’s called reporters personally to address issues. In his view, NYT reporters “should not be able to say anything on social media that they cannot say” in an article they write or content they produce across the publication’s many platforms. (You can watch the discussion here, with the topic of social media policy coming up at the 26:40 mark.) Is that a philosophy that ESPN president John Skipper may find himself embracing in the very near future?

One key difference for ESPN is that its on-air personalities are also in the business of entertaining. They need to get viewers to tune in, for their content to go viral. A large part of that is providing insightful, sometimes provocative commentary on issues of the day, whether in sports or the intersection of sports with culture and politics. That’s not necessarily a concern for a reporter at the New York Times, though many of them do supplement their reporting with commentary on Twitter (in addition to TV appearances on networks like CNN and MSNBC).

To make sure that the NYT‘s coverage is “journalistically sound,” as Baquet put it, the paper can’t “have 100 people working for the New York Times sending inappropriate tweets.” Baquet suggested that the Times would institute a tougher social media policy. Sure enough, the new social media guidelines and a staff memo from Baquet were posted on Friday, which included the following:

“[…] social media presents potential risks for The Times. If our journalists are perceived as biased or if they engage in editorializing on social media, that can undercut the credibility of the entire newsroom.

“We’ve always made clear that newsroom employees should avoid posting anything on social media that damages our reputation for neutrality and fairness.”

Is that a philosophy that might also apply to ESPN? Probably not, considering that Hill wasn’t suspended for her remarks about Trump, but comments that could possibly jeopardize a business relationship with the NFL drew a penalty. While credibility is a concern for ESPN in its reporting and analysis, it’s paramount to the NYT as a leading journalistic institution. That’s especially true in a political climate in which the current administration and its supporters deride any reports that they disagree with or want to dispel as “fake news.”

However, ESPN is fighting the narrative that its coverage has a liberal slant to it and that conservative voices in Bristol are given less of an outlet. Under those circumstances, do points such as these from the NYT’s new policy apply in Bristol?

• In social media posts, our journalists must not express partisan opinions, promote political views, endorse candidates, make offensive comments or do anything else that undercuts The Times’s journalistic reputation.

• Our journalists should be especially mindful of appearing to take sides on issues that The Times is seeking to cover objectively.

The “promote political views” and “endorse candidates” parts included in that first missive is likely what concerns ESPN the most. What Hill tweeted about Trump definitely falls under “political views” and reinforced the view that ESPN largely leans liberal, an opinion that the network has continually tried to fight since the 2016 election (and perhaps before that). Perhaps the biggest concern for ESPN is something addressed in a later bullet point, that whether Hill posted her views on her personal Twitter account or not, anything she says in such a public forum could be associated with ESPN. That’s an issue nearly every media outlet is currently struggling with.

Maybe the biggest takeaway from the Times‘ new social media policy for ESPN is that it wasn’t just a missive passed down from on high. Several reporters, some of whom have large social media followings, helped shape the new guidelines. Acclaimed staffers such as Peter Baker, Maggie Haberman and Nick Confessore are among those quoted in the new policy, sharing their experiences from covering the White House and other political stories.

Nick Confessore says: “The reality is that my Twitter account is a Times account. The Times does not control it, but the Times is held accountable for what appears on my feed. Indeed, the casual reader interprets my social accounts as an extension of our digital platforms, for good and ill. I think all of us at the Times need to embrace this as the price of our employment by a major media institution. (And in fairness, to the extent my Twitter account is influential or widely read, it is largely because I am employed by The Times.)”

Ideally, there has to be a collective effort among ESPN executives and staffers to create a policy that can be followed. A frequent question about Hill in light of her suspension is what the network will ultimately do with her. Having input on a social media policy based on her experiences, and its repercussions for her and ESPN, could end up being valuable in trying to avoid such situations in the future.