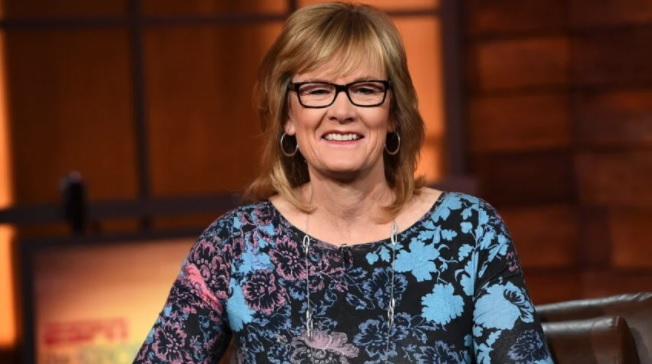 Veteran NBA reporter Jackie MacMullan is joining The Ringer, but is also staying at ESPN.

As reported by Sports Business Journal’s John Ourand, MacMullan will host a narrative NBA podcast for The Ringer and provide analysis for several of the platform’s podcasts including The Bill Simmons Podcast, The Ringer NBA Show, The Ryen Russillo Podcast, and The Book of Basketball. She will make her Ringer debut on the latest (Sept. 17) edition of Simmons’ podcast, where more details will presumably be revealed about her new program.

That doesn’t mean MacMullan is leaving ESPN, however. Ourand reports that she signed a multi-year extension with the network and will continue to write for ESPN.com while appearing on several studio programs such as Around the Horn, The Jump, and SportsCenter.

MacMullen also extended her ESPN deal for multiple years. She will continue to appear on studio shows like "Around the Horn" and write for the website. https://t.co/9nXqiodfCs https://t.co/CttBwMS422

Those who watched ESPN’s telecasts of the Michael Jordan-Chicago Bulls documentary The Last Dance know that MacMullan also provided commentary and historical insight from her coverage of that basketball era (what The New Yorker called “Basketball’s Golden Age“) for Scott Van Pelt’s SportsCenter after each two-hour broadcast.

MacMullan began her journalism career in 1982 as an intern at the Boston Globe. She went on to cover the Celtics for the newspaper before becoming a general sports columnist. During the late-90s, she also covered the NBA for Sports Illustrated. In 2008, she took a buyout from the Globe and joined ESPN full-time, where she was already contributing reports and analysis while appearing on shows like The Sports Reporters.

At ESPN, MacMullan has written several in-depth features on the NBA including a piece on the evolution of Jayson Tatum’s defense and a series on mental health that players — and Black athletes, especially — were dealing with, coping with depression and the concerns they had about their respective communities. (She defined the series as “the most important thing I’ve written” in an interview with The New Yorker.)

In a profile earlier this May for Boston.com, MacMullan explained what she enjoyed most about her work at ESPN and it surely reveals something about what to expect from her podcast work for The Ringer:

“‘For the last six years or so, give or take, I really just write about basketball now, really just the NBA even. To me it felt like coming back home a little bit, I made my bones there – got to know all these amazing athletes who shared their confidences with me.

“‘That’s why I’m on ESPN — not because they thought, ‘She’d be awesome on TV.’ No, they read my stories and thought, ‘She seems to know people, so maybe we could use her.’'”

Interestingly, in that aforementioned New Yorker interview with Louisa Thomas, MacMullan criticized Bill Simmons for being so forthright with his fandom, a tendency that’s creeped into mainstream sports media during the past 20-plus years.

“As much as I admire and respect Bill Simmons, every time he does it, I cringe. I’m old school, I guess. Now, I don’t think we should ever stop being a human being when we interview someone. Sometimes people say things they shouldn’t say, and, if they’re young, and inexperienced, I always say, ‘Are you sure you want to say that?’ And I probably shouldn’t do that.”

Any chance that comes up in conversation between MacMullan and Simmons on his podcast? That could make her debut Ringer appearance a bit more intriguing.