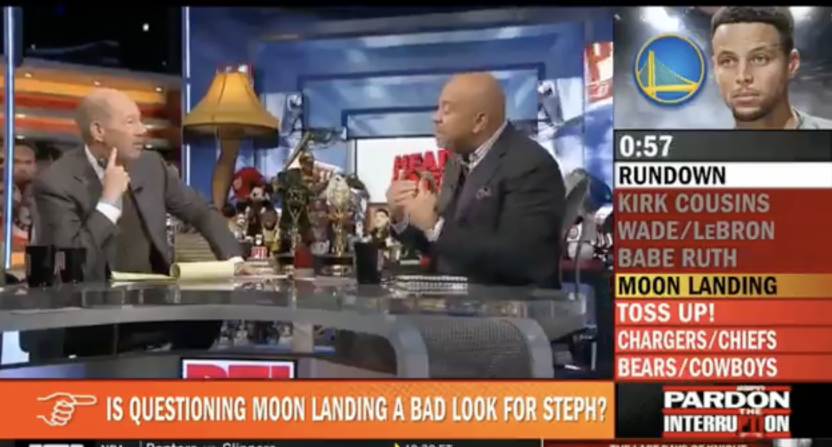 We live in a time where conspiracy theories, unhinged opinions, and a lack of accountability to the truth are at the heart of many of our cultural conversations.

One of our major political parties openly spews conspiracies and lies in the name of victory at all costs. We’ve spent weeks debating the humanity of Jewish people and antisemitism thanks to Kanye West and Kyrie Irving. Most of our social media platforms are hotbeds for misinformation and grift. The guy who just bought Twitter seems intent on removing what little safeguards exist in the name of “free speech,” so long as that speech isn’t directed at him, all while he elevates conspiracy theories himself.

It can feel so all-consuming that it’s easy to lose sight of the fact that the warning signs were there all along. And for the most part, the gatekeepers didn’t do much to take it seriously, let alone stop it.

Perhaps that’s because some of the warning signs might have seemed innocuous at the time. Take, for instance, the time that Steph Curry said that he believed the moon landing was fake, a well-trod conspiracy theory. Curry would go on to say he was just joking and blamed those who believed him for the controversy. But that came on the heels of Irving’s admission that he didn’t believe the moon landing was real, didn’t believe that dinosaurs existed, and also believed that the world was flat. While he too would later walk much of that back, we now know that Irving was quick to believe some pretty dumb and absurd conspiracies, and it feels like they were test runs for the COVID-19 vaccine comments of last year and promotion of antisemitic ideas this year.

As anyone who has a conspiracy theorist in their life knows, it’s a way-easier-than-it-should-be slippery slope from “I think the moon landing was fake” to “the Jews secretly control the world and should be rounded up.”

Hell, that’s a lesson that even Kyrie seemed to understand in 2018 when he apologized for his conspiracy theory comments.

“Like ‘Yo, what’s going on with our world?’ Like you click the YouTube link and it’s how deep does the rabbit hole go?,” said Irving during 2018’s Under 30 Summit. “It’s like ‘Yo!’ You start telling all your friends ‘Did you see that? Did you watch this video???’ At the time I was innocent in it, but you realize the effect of the power of your voice, and even if you believe in that… just don’t come out and say that stuff because it’s for intimate conversations. Perception and the way you are received, it changes… like I’m actually a smart ass individual. It’s not like I was just coming out and saying that. At the time, I just didn’t realize the effect. At that time I was definitely like ‘I’m a big conspiracy theorist, you can’t tell me anything.’ So yeah, I’m sorry about ALL that. For all the science teachers and everybody coming up to me and they are like ‘You know, I have to reteach my whole curriculum.’ I’m sorry. I apologize. I apologize.”

It’s then interesting looking back and seeing that Tony Kornheiser and Michael Wilbon, two aging sportswriters who have both been called out of touch by plenty of people (including us), saw the writing on the wall. In fact, it was almost exactly four years ago that they discussed the impact of pro athlete conspiracy theories on Pardon The Interruption, presciently seeing what has unfolded in recent weeks because of Irving and other “free thinker” athletes with massive platforms.

Four years ago…. Michael Wilbon and Tony Kornheiser sounded the alarm on the growing trend of athletes and former athletes amplifying conspiracy theories.

This clip has aged incredibly well. Crazy to watch today in light of recent events. pic.twitter.com/yVPLeEKSla

“Don’t do this,” urged Wilbon in December 2018. “Don’t come out and say ‘we saw these pictures, they’re kinda grainy, they’re black and white, happened before I was born,’ because, does that mean you don’t believe in slavery? Does that mean you don’t believe in the Revolutionary War? That didn’t happen because it didn’t happen on your watch? Don’t do this. You guys are too smart.”

“I listened to Jalen today,” Wilbon added, in reference to Jalen Rose, who said on ESPN that he agreed with Steph that the moon landing was fake. “These are my guys. If you are as woke as you say, if you are as technologically savvy as you appear to be, don’t do this. Because you are saying I don’t believe in history. The hell with history because it didn’t happen while I was looking at my cell phone watch.”

“It is a very small step to becoming a Holocaust or slavery denier,” added a very prescient Kornheiser.

“I’m going to look into the camera and say this to both Steph Curry and Kyrie Irving, who I don’t think is joking,” Tony continued. “I think this is anti-intellectual and anti-science. It should embarrass you and your families and the fine schools you went to, Davidson and Duke in the same state. It should embarrass the NBA. It’s not a position to take. NASA is happy to bring you in Steph Curry, bring you in.”

It seems that Curry has grown up since then, or at the very least learned to control the narrative around himself. Kyrie, on the other hand, is exactly what Kornheiser and Wilbon feared. And it’s hard to know exactly where he goes from here. How far down the rabbit hole has Irving already traveled and is it possible to even come back once you have?