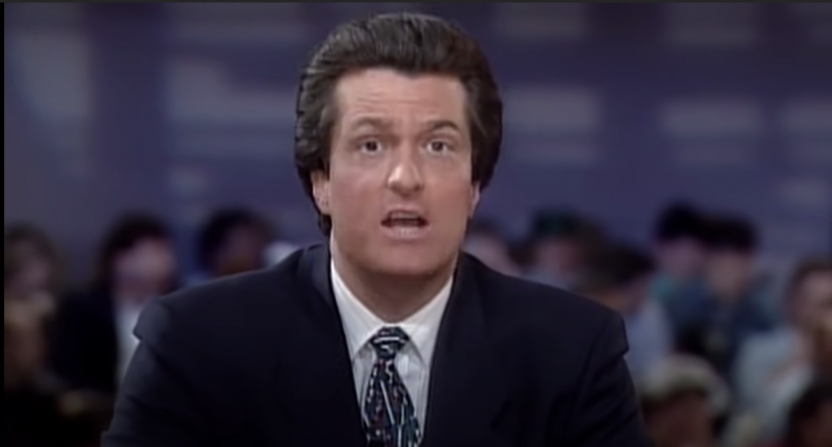 It’s almost showtime for the Punxsutawney Phil of football. On Thursday night, Mel Kiper Jr. will emerge in front of the television sports world. Just as he has done every year for ESPN since he first popped into America’s consciousness in 1984.

The hairline is receding. The glasses look thicker. But Kiper remains the voice of the NFL Draft. Nobody seems more comfortable in front of cameras or sounds more authoritative on a subject. Confidence stems from 43 years of specializing in a niche he helped popularize.

While he didn’t invent draft analysis, Kiper certainly perfected it. When he started evaluating players as a teenager in the 1970s, most people had never even heard of a mock draft. Kiper has lasted longer than many of those who mocked his mock drafts, including coaches, general managers, and media members.

Today there are competitors and imitators. Seems like everyone with a sports website tries to be a draft guru. However, at the age of 60, Kiper is the OG.

Kiper has been scouting college football players longer than ESPN has existed. No one connected with the network is more associated with one sports event during which no actual games are played. In terms of recognition, the mere sight and sound of Kiper’s distinctive face and voice tells viewers everything they need to know.

It is time to talk about the NFL draft.

Kiper has come a long way since he was a high schooler who simply wanted to be an NFL scout, handing reports to Ernie Accorsi, then a Baltimore Colts executive. He’s built a multimillion dollar career. Credit Kiper for taking advantage of opportunities and turning a passion project into a cottage industry. He saw the value of draft analysis long before most.

“I couldn’t be happier,” Kiper told Pablo Torre recently on ESPN Daily. “I had a vision of what (the NFL draft) could be. Everybody told me I was nuts to have that vision. And to see it now, really over the last 15 to 20 years, to see what it’s become is, in a word, rewarding.”

There was a time when America paid little attention to the draft. It was like the equivalent of city council meetings. Something we were aware of. We knew it was important. We just didn’t spend much time dwelling on it.

If your team owned the No.1 overall pick, you were more interested. And maybe you were curious to see where the Heisman Trophy Award winner landed. That was about it.

Forget the pomp and pageantry. Baseball was America’s pastime. The NFL was a distant second, at best.

The league didn’t originally put much value into the draft as a television product. It wasn’t televised until 1980 and was a low-key event held in hotel ballrooms. Draftees rarely if ever attended. And it wasn’t uncommon for executives to thumb through football magazines to learn a little bit more about small college players.

The door would eventually open for Kiper. Respect the hustle. America applauds self-starters and entrepreneurship. Kiper built his business from the ground up at the age of 18. He started by creating his own draft report service in 1978.

To boost its coverage, ESPN needed experts. Enter Kiper, who at of 23, was paid $400 for his first appearance in 1984. He spoke in a reserved and matter-of-fact tone. Quite different from his self-assured voice today.

With more experience doing more drafts, Kiper slowly grew into the personality that we know today. For a long time however, he was mostly just another ESPN talking head until the 1994 draft. Then everything changed.

The Indianapolis Colts had two high first-round picks. Kiper insisted that they should take a quarterback, either Tennessee’s Heath Shuler or Fresno State’s Trent Dilfer with one of those selections even though the Colts had just signed free-agent Jim Harbaugh.

Indianapolis picked San Diego State running back Marshall Faulk at No.2. And after the Colts passed over Dilfer for Nebraska linebacker Trev Alberts at No.5, Kiper ripped the franchise.

“I think it’s a typical Colt move,” Kiper said. “I mean, here’s a team that needed a franchise quarterback. To pass up a Trent Dilfer when all you have is Jim Harbaugh. Give me a break. That’s why the Colts are picking second every year in the draft, not battling for the Super Bowl like other clubs in the National Football League.”

When ESPN’s Chris Mortensen asked Colts general manager Bill Tobin for a response, he uttered what became the most famous phrase in draft history: “Who in the hell is Mel Kiper anyway?”

Tobin added: “Here’s a guy that criticizes everybody, whoever they take. He’s got the answers to who you should take and who you shouldn’t take. In my knowledge of him, he’s never, ever put on a jock strap. He’s never been a coach. He’s never been a scout. He’s never been an administrator. And all of a sudden he’s an expert. He’s in our papers two days ago telling us who we have to take. We don’t have to take anybody that Mel Kiper says we have to take. Mel Kiper has no more credentials to do what he’s doing than my neighbor, and my neighbor’s a postman and he doesn’t even have season tickets to the NFL.”

Tobin’s attempt to embarrass Kiper backfired. Kiper’s fame took off after that moment and it helped establish him as THE draft authority. Tobin was fired after the 1996 season.

Who was right and who was wrong? Did it even matter? For the record, Alberts started only seven games in his injury plagued career. However, Kiper’s take on Harbaugh did not age well. In 1995, Harbaugh led the Colts within one play of the Super Bowl.

Dilfer, taken No.6 overall by the Tampa Bay Buccaneers, never lived up to expectations but had a long career and won a Super Bowl with the Baltimore Ravens.

Kiper has been right many times. One of his best predictions was on Brett Favre whom he rated as the No.17 overall prospect. Favre was picked in the second round by the Atlanta Falcons (No. 33 overall) in 1991 and was traded to the Green Bay Packers the following year. The rest is Hall of Fame history.

But Kiper has been wrong often. His all-time worst take: He ranked Jimmy Clausen No.4 overall in 2010 and promised to retire in eight years if Clausen wasn’t a success. Clausen, a second-round selection by the Carolina Panthers in 2010, started 14 games in his career and was out of the league after the 2015 season.

Kiper’s legacy isn’t solely based on rights and wrongs. He revealed to us the inner workings of the draft process. He’s also more than an analyst. He’s a part of pop culture.

We’ve learned some of his interesting quirks which include: never taking a bathroom break during the first round of the draft, his love of pumpkin pie and the strange habit of eating pizza WITHOUT cheese but WITH mashed potatoes (?!?).

Kiper is forever the man who made the draft a lot more interesting and a lot more fun.