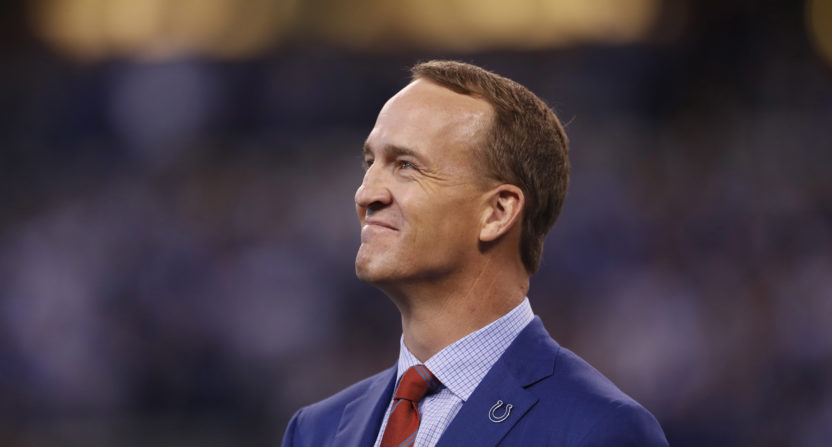 ESPN’s search for Jon Gruden’s Monday Night Football replacement is underway, and the network is offering some hints on who is under consideration.

Two weeks after announcing Matt Hasselbeck will call the Pro Bowl in an apparent MNF audition, ESPN senior vice president Stephanie Druley confirmed to Sports Illustrated’s Richard Deitsch that the former Seahawks quarterback is a candidate for the position.

“We are considering Matt, for sure,” she said. “I would not consider the Pro Bowl an audition per se. When we hired Matt a few years ago there were other networks that wanted Matt as a game analyst. I expect Matt to be very good this and he will certainly be considered.”

Druley also acknowledged that ESPN has interest in Peyton Manning, even if he has not necessarily reciprocated.

The white whale for all NFL television rightsholders is Peyton Manning, who has not shown any interesting in broadcasting so far. Asked whether the network would reach out to Manning on the remote chance he was interested, Druley said that Manning is aware of ESPN’s interest but nothing beyond that at this time. “We like Peyton Manning,’ Druley said. “And we would be foolish not to talk him.”

Manning and Hasselbeck are two of the many names that have been floated as potential MNF analysts since Gruden accepted a head coaching job with the Raiders. ESPN could also pull Randy Moss off Sunday NFL Countdown, bring Tim Tebow over from SEC Network, or welcome aboard recently retired coach Bruce Arians.

In her interview with Deitsch, Druley stressed that ESPN wants someone with a strong personality and the ability to “personalize and analyze” on MNF. That sentiment could benefit more well-known candidates like Manning and Moss over analysts like Hasselbeck with more muted personas and lower Q scores. ESPN’s hire of Alex Rodriguez for its Sunday Night Baseball booth could similarly suggest the network values celebrity in conjunction with broadcasting talent.

Gruden began serving as a Monday Night Football game analyst in 2009 and became the solo color commentator in 2012. The years before Gruden took over featured a churn of analysts, with Joe Theismann, Tony Kornheiser, and Ron Jaworski all spending time in the booth.