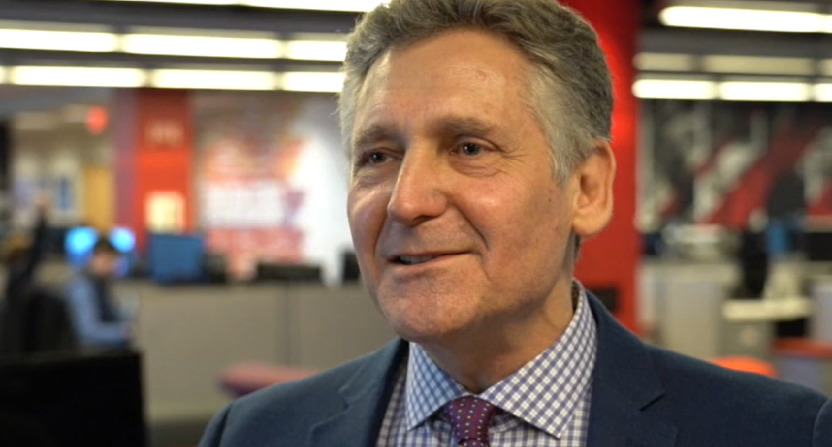 After more than three decades at ESPN, reporter Mark Schwarz is retiring.

ESPN and Schwarz announced the news in a release today. Schwarz, the longest-tenured SportsCenter reporter, had signed a multiyear extension in 2018, and according to him today, he knew that would be his last contract in the business.

“I very much knew when I signed my last deal back in December of 2018 it would be my final deal,” said Schwarz. “And I have thoroughly enjoyed all 32 years that I’ve had.

“Using a sports cliché – I’ve put it all out on the field,” he said. “I have plenty more to give, and I’m a young guy in good health, but there’s a lot more in my life that I’m looking to do right now, and I just want to enjoy the freedom that retirement offers.”

“Schwarz brought a sense of storytelling and hard news reporting,” said Norby Williamson, ESPN Executive Vice President, Event and Studio Production & Executive Editor. “He was versatile, and in many ways, set a very high standard for reporters at ESPN.”

Schwarz also pointed to his lack of concern for rubbing people the wrong way in pursuit of a story or an answer, maybe most famously seen when LeBron James took issue with his questioning a few years ago:

“One of the things that I think has characterized my run is that I have been a bit of an outlier in terms of my willingness to get the story even if it creates friction with players, organizations, media relations people,” he said. “I’m not as worried about their feelings as getting the viewer the actual truth of what’s going on.”

And, hey, any reporter who recognizes that Twitter is probably a net negative certainly deserves points:

“I realize that most people are on Twitter because they’re trying to extend their brand, and I feel that my brand kind of stood for itself,” he said. “I didn’t need to explain it. If you saw my work, you got it. Me being on Twitter doesn’t really serve me at all.”

32 years is a hell of a run with one network. It’s hard to imagine a reporter just totally walking away from the business, especially one who seems devoted to the job, which Schwarz has always come across as being. But whether he stays retired or comes back in some form, it’s definitely the end of an era at ESPN.