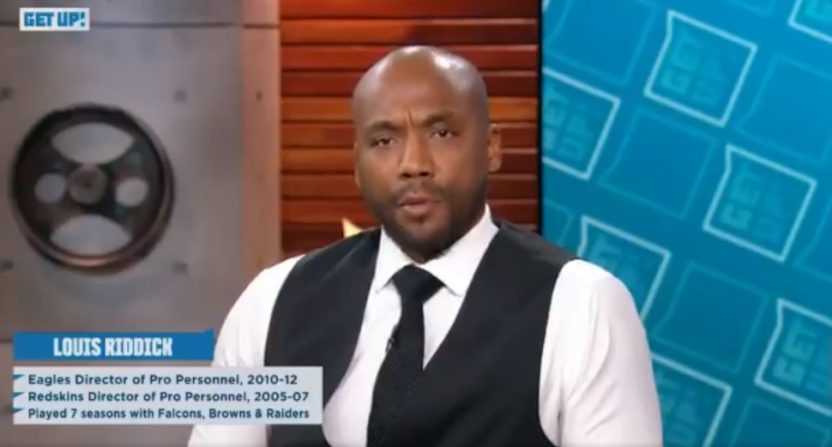 Some criticism of Stephen A. Smith’s takes is now coming from inside the building. After Smith said Thursday on SportsCenter he was “disgusted” by Patriots’ receiver Josh Gordon (who stepped away from the NFL citing mental health issues, and also received an indefinite suspension from the league for violating his terms of reinstatement under the NFL substance abuse policy) getting chances and called Gordon’s substance-abuse struggles “self-inflicted”, his take was roasted by everyone from For The Win to Deadspin to Sports Illustrated, plus plenty of prominent media members on Twitter. (It should be noted that Smith also made maybe even a worse argument on First Take Thursday morning, calling Gordon’s career “a wasted opportunity.”)

And on Friday’s edition of Get Up, while not mentioning Smith, ESPN colleague Louis Riddick gave a fiery response to criticism of Gordon, and went off on many of the arguments made by Smith:

.@LRiddickESPN passionately responds to those who have criticism of Josh Gordon's leave from football. pic.twitter.com/xv9nsSScgs

“I just think, for me, and I tweeted this the other day, if you have a family member who has dealt with addiction or dealt with mental health, you will approach this situation much differently than if you haven’t been exposed to this type of thing before and you haven’t seen someone suffer from the types of things that Josh reportedly is suffering from. You will push pause on your ability or rather your willingness to head out there and say ‘Well, this is just Josh being stupid, this is just Josh being unable to recognize the fact that he’s blowing a great opportunity, this is such a waste from an athletic standpoint, and the guy’s a stoner, he’s throwing his life down the drain, and if I was in that situation, I would just stop smoking weed or I would just stop doing the dumb things that he’s doing.'”

“It’s not like that with mental illness, okay? It’s not like that. Be very careful when you start to judge people like this, because it is very hard to get a grasp and a hold of what it is that you are dealing with and then be able to continually practice the things as far as coping mechanisms that you are given and tools that you are given to kind of overcome what you’re dealing with and have it be something that you can sustain for the rest of your life so you can be productive. This is something that I’ve become very sensitive to, something I’ve become very mindful of, and be careful, people out there, when you start hitting me up on Twitter, talking about how Josh is just ignorant and someone who is dumb and he’s throwing his life away. Be very careful. Because you don’t know when this could happen to you.”

Again, Riddick doesn’t specifically mention Smith, and maybe he didn’t even see Smith’s particular commentary here; the only thing he specifically references is people commenting on Twitter. But this is a much more reasonable and sensible take than Smith’s “We know what he’s done to himself,” and it’s directly in opposition to Smith’s blaming of Gordon for everything. (Oh, and if Smith wants to keep insisting he’s a journalist, maybe he should actually do some research into mental health, addictions and how to talk about them, instead of appearing as uninformed as he is about the Chargers’ and Chiefs’ lineups?)

It’s unfortunate that this was in a lower-profile spot (Get Up versus SportsCenter), and that it wasn’t Riddick ESPN brought in to comment on this last night instead of Smith (once again, using Smith on SportsCenter is always a terrible idea). But hey, this let the company present both of these arguments almost right next to each other in some versions of the ESPN homepage, the latest version of the ESPN echo chamber. 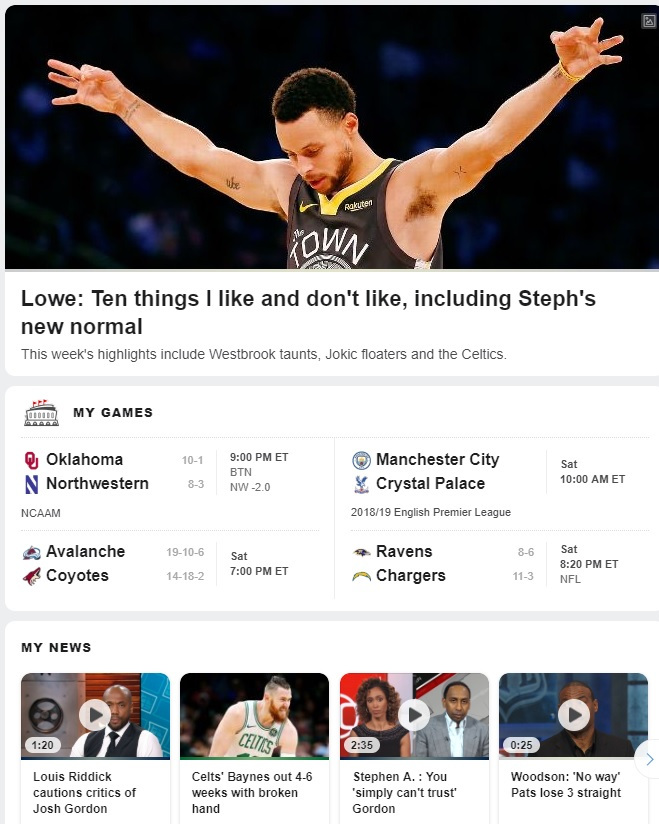 It”s interesting that there’s room for rational commentary on mental health on ESPN, even after Stephen A.’s gone completely the other way. And it’s interesting to see some criticism of a stance Smith firmly espoused (if not necessarily of Smith himself) on ESPN’s own airwaves. The next time ESPN wants to discuss mental health on SportsCenter, though, they should call Riddick instead of Smith.