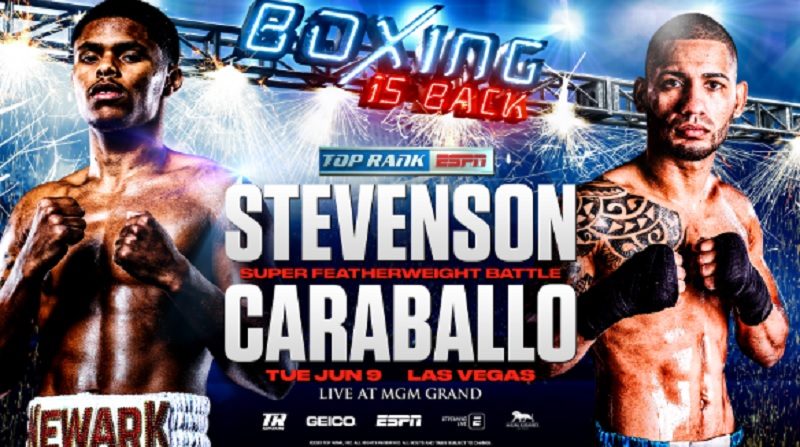 For boxing fans with no patience for MMA, your wait for live fights will end next week.

ESPN announced on Monday that a pair of Top Rank cards would take place next week in Las Vegas, airing live on ESPN. The events will take place at the MGM Grand’s Ballroom in front of no spectators, and ESPN’s broadcast crew will call the event remotely, including Joe Tessitore on play by play from Bristol.

These events will be closed to both the public and the media, as only essential fight camp members and event staff will be permitted on site.

The network hasn’t announced which of its networks will air the two cards, but given that ESPN only lists two live events on June 9th (live KBO in the wee hours of the morning, and the DFL Cup semifinal at the mid-afternoon) and one on June 11th (KBO), it’s safe to assume the events will be on ESPN proper.

Additionally, ESPN’s boxing schedule page (where you can also view the full cards for each of the above events) notes that Top Rank events are scheduled for June 16th and 18th (both airing on ESPN), June 20th (ESPN+), June 23rd (ESPN), June 25th (TBA), June 27th (ESPN+), and June 30th (ESPN). The ESPN cards listed will take place in Las Vegas, while the ESPN+ cards are scheduled for Mexico City.

So that’s nine boxing cards this month, with more likely coming in July. Yeah, the events don’t have the starpower that will attract millions of casual eyeballs, but the sport has to start up again from somewhere. While ESPN is still waiting for MLB, the NBA, and MLS to get deals done to return to action (and the network’s airwaves, presumably), they’ve got combat sports back with both Top Rank and the UFC. Hey, one step at a time.