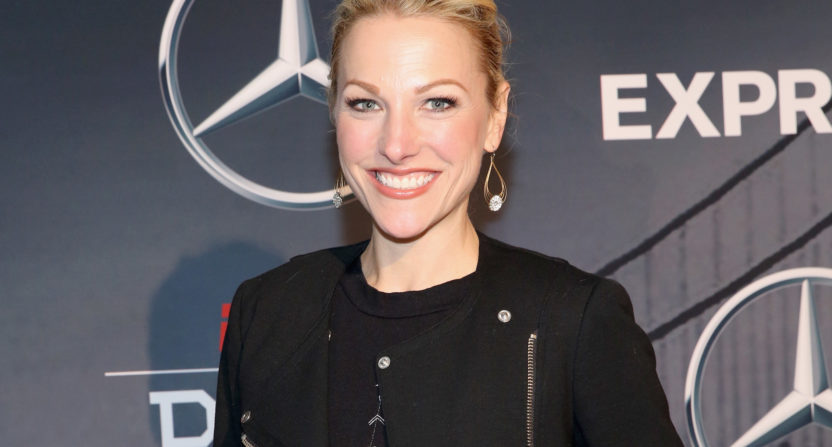 Lindsay Czarniak joined ESPN in 2011, working primarily as a SportsCenter anchor for six years until her most recent contract expired in August. Czarniak had hosted the 6 P.M. edition of SportsCenter prior to ESPN reformatting the timeslot as a showcase for Michael Smith and Jemele Hill, and Czarniak’s role with ESPN was unclear.

In an interview with The Washington Post, Czarniak discussed why she left ESPN, her tweet in support of Jemele Hill, and what she hopes to do next:

After six years in Bristol, Czarniak no longer works for ESPN. Her contract expired over the summer, and while she had an offer to return, she and the network could not settle upon a time slot and a role that both sides found appealing.

She had been the host of ESPN’s 6 p.m. SportsCenter program for more than two years, taking the show on the road to the World Series, the Super Bowl, the NBA Finals and other A-list events.

“It was like the country was your sports playground,” she said.

But while she was on maternity leave after the birth of her daughter last November, the network announced that it was changing the format of her show, turning it into a vehicle for Hill and her co-host, Michael Smith. (Czarniak knew about the pending switch before she went on her leave.) When that news began to emerge, Hill emailed Czarniak, explaining how excited she was but also expressing concern for her friend.

The first hint many people had that Czarniak wouldn’t be returning to ESPN was when she tweeted in support of Jemele Hill after Hill was suspended:

Czarniak talked about why she felt it was important to support Hill, despite the fact that Hill essentially supplanted her at ESPN:

“I did not and I do not think that it was the right move to do that, to suspend [Hill] for that,” Czarniak said in a phone conversation this week. “I just feel like it’s really important to back people up, and to support one another, and I don’t think that’s something that always happens.”

“The reason that they’re there, doing that [show], is because they’re great at voicing their opinions,” Czarniak said. “Regardless of how you feel about there not being a suspension for the previous comments, I was just shocked that that was what they decided to suspend her for. And I also felt for her, because they are so good at doing what they do. And I think it’s really difficult to then come back and do what you do. I just think she’s in a very difficult place.”

Czarniak seems to be enjoying her free agency at the moment, and should she ever decide to return to sports media, there’s little doubt she’d be in demand, and less doubt that she’d be a welcome presence for many viewers.