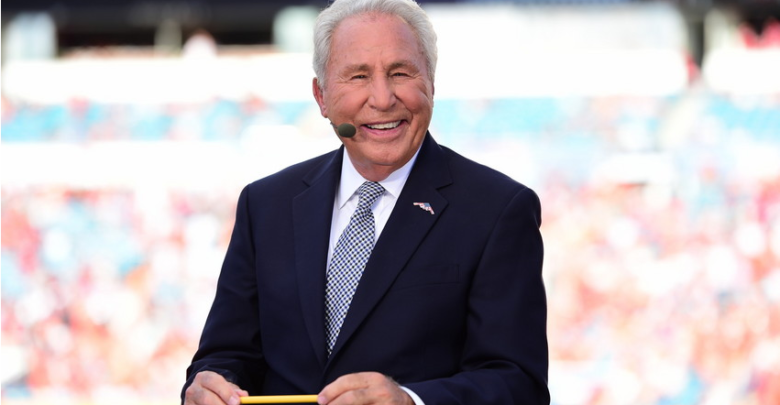 The 2020 college football season saw some major changes for ESPN’s College GameDay due to the COVID-19 pandemic, with no show at all on Aug. 29, a studio/panelists’ homes setup on Sept. 5, and a regular road show for the rest of the year but with increased on-set distancing and with panelist Lee Corso contributing from his Orlando home for the whole year. There are some general concerns ahead for the 2021 college football season thanks to the spread of the COVID-19 Delta variant, but as we wrote earlier this month, GameDay is still planning to be on the road (beginning with the Week 0 Cricket MEAC/SWAC Challenge Kickoff between North Carolina Central and Alcorn State in Atlanta on Saturday, Aug. 28) despite other ESPN studio shows like First Take pausing road plans. And now, Awful Announcing has learned that Corso will be back on-site with the GameDay crew this year. An ESPN spokesperson confirmed that news to AA Wednesday.

That does feel like it will be a lift for the GameDay broadcast. Having a partly in-person, partly-remote broadcast is always challenging, and it’s tough in particular for remote panelists to interact with the on-site panelists. However, Corso’s contributions from home did work out pretty well, with ESPN dedicating bureau producer Patrick Abrahams and other resources to create a backyard set for him each week, even including standees of the other panelists and a 17-foot elephant at one point. Here’s a November 2020 ESPN video on Corso’s from-home contributions:

In that video, Corso says “I miss most the interaction with the guys on the set. It’s not the same being away from them. And I also miss the interaction with the fans. When I put the head on, that was really a great rush.” So, while the from-home setup was workable for him, it sounds like this will be more preferred from his perspective. And while there are still some challenges to this (Corso turned 86 earlier this month, and there are still definitely lots of things to worry about with travel and in-person contact in our current COVID climate), the widespread availability of vaccines certainly makes bringing Corso back to set seem more realistic than it would have been last year.

On that front, it’s worth revisiting a 2016 interview we did with Corso around the 20th anniversary of his donning a mascot head on GameDay. Corso has been on that program since its 1987 beginnings, and since its 1993 move to the road, and he remains a key part of GameDay‘s appeal. And he said in 2016 a lot of the appeal for him is in seeing and interacting with the fans on location. Here’s what he said then about how GameDay has changed over the years:

“It used to be a show, now it’s an event. People come the night before and stay all night and all day to see it. There’s people around doing things like a party. It really has been wonderful. Because I think the secret of College GameDay is when we went on the road. We went on the road in 1993 to the Florida State – Notre Dame game, and it became a hit from that moment on, a tremendous hit. We’ve been going on the road for many, many years since then, and it’s been tremendous, the guys do a tremendous job putting it on the air.”

And here’s what he said then about how long he wanted to keep doing GameDay.

There will certainly be plenty of people excited to see Corso return to the GameDay set on August 28.