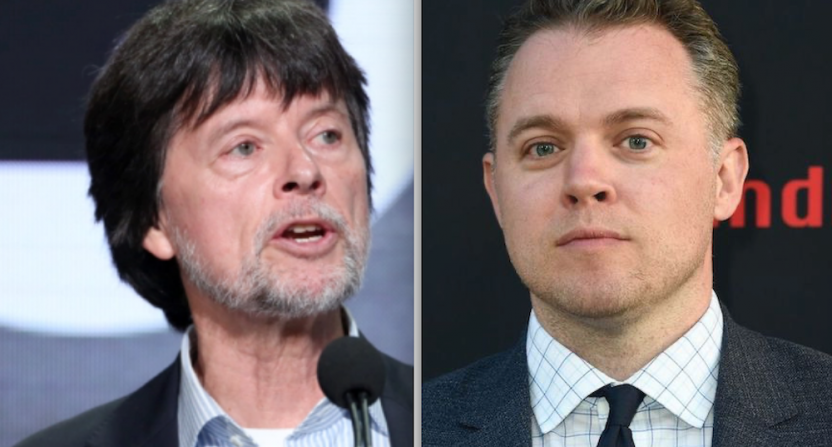 The Last Dance has been a ratings and critical success for ESPN during the past month, with the final two episodes still to come (Sunday, May 17).Yet the praise hasn’t been universal. For instance, some viewers have taken issue with the documentary’s non-linear storytelling, the narrative toggling back-and-forth from one point of Michael Jordan’s career and the Chicago Bulls’ dynastic championship run to another.

One of the most public criticisms of The Last Dance came from fellow documentary filmmaker Ken Burns, who told The Wall Street Journal that he believed Jordan’s involvement in producing the 10-part film was “not the way you do good history.”

For his latest “Media Circus” column, The Athletic’s Richard Deitsch asked Last Dance director Jason Hehir for a response to Burns’s criticism.In Burns’s view, Jordan and his production company exerting influence over the process made it impossible to do the “good journalism” that documentaries require. Episodes 7 and 8, in particular, gave Jordan the final word on his harsh treatment of teammates and his take on Gary Payton defending him in the 1996 NBA Finals.

This passage. I mean… pic.twitter.com/WGw57oUUVE

But according to Hehir, the circumstances his film was made under are different than what Burns has faced.

“He (Burns) expressed that his world is a PBS world and they have underwriters and if any of those underwriters are even remotely affiliated with the subject, they’re not allowed to be associated with the project,” Hehir told Deitsch. “So those rules that are put in place by PBS are very stringent. Obviously, with this project, we weren’t under the same parameters.”

Hehir went on to explain that he took notes from several different sides, including Jordan’s brand management, ESPN, Netflix, and the NBA. And since the basketball and behind-the-scenes footage had to be licensed from the NBA, the league certainly had a say in the filmmaking process.

Ultimately, however, Hehir accepts a valid criticism from a filmmaker he admires, especially when Burns called him to give context to those remarks.“He has been a hero of mine since I was a kid. His body of work is extraordinary. He called me a couple of days ago,” said Hehir. “He called me to explain the context in which he said what he said. It was really gracious and really classy. This guy is one of the reasons I got into filmmaking, particularly that baseball series in 1994. I vividly remember watching that as a freshman in college. He did say that he looked forward to seeing it. He’s working on seven documentaries of his own right now and taking care of his kids and going through the pandemic like we all are.”

Click over to Deitsch’s column for more from Hehir, including his interactions with Jordan and his representatives, along with the fears he had about dealing with them. (On another subject entirely, Deitsch also shares his views on the Monday Night Football broadcasting situation.)