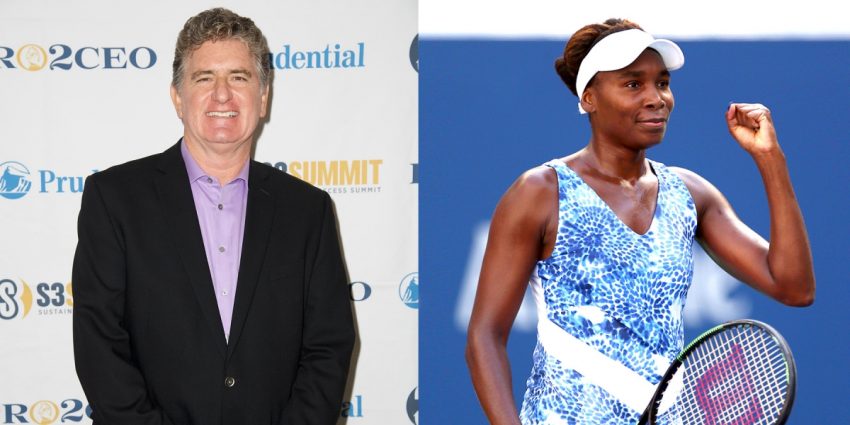 A Los Angeles judge last week denied ESPN’s motion to dismiss a wrongful termination lawsuit from former tennis analyst Doug Adler, who was fired last year after either calling Venus Williams a “gorilla” or noting her “guerrilla style of play,” depending whom you ask.

The judge’s ruling means Adler and ESPN can proceed to the trial phase. Via MyNewLA.com:

Adler, now represented by the law firm founded by the late Johnnie Cochran, maintains his use of the word “guerrilla” was misinterpreted by some critics, many on social media, who thought he was using the racially offensive term “gorilla” regarding the black tennis star and her performance in the Australian Open.

The legal saga involving Adler and ESPN began in January 2017, when the commentator said Venus Williams “put the gorilla/guerrilla effect on” during an Australian Open match against Stefanie Vögele. Amid much outrage online, Adler, who had called games for ESPN on a freelance basis since 2008, claimed that he had not meant to call Williams a “gorilla” but merely to compare her play to “guerrilla warfare.” Still, ESPN removed Adler from his assignments and then let him go, prompting him to sue the network for wrongful termination and seek punitive damages. Adler later claimed he had suffered a heart attack as a result of stress from the incident.

"She puts the Gorilla effect on. Charging". Just wtf. This is not cool @ESPNTennis @espn pic.twitter.com/L46Bwf6sEh

In initial filings, ESPN argued that it had paid Adler for his freelance work on the Australian Open and had no obligation to retain him for future tournaments. Additionally, ESPN asserted that Adler’s “craft was his words,” and that it was his responsibility to speak in a way that did not expose the network to controversy.

The judge in the case was apparently not fully swayed by the network’s arguments, however, as she declined to dismiss the case. Trial is scheduled for October 15.