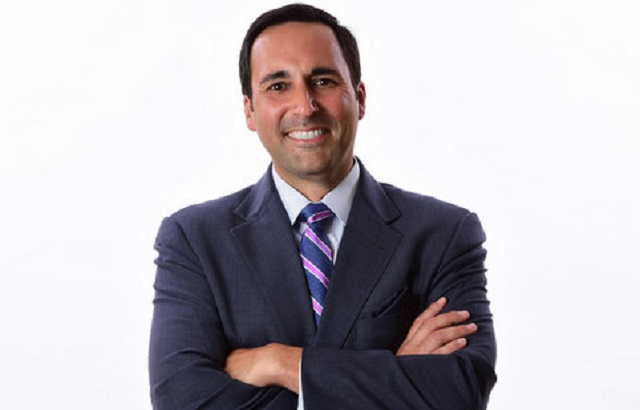 With Joe Tessitore taking over as the main play-by-play voice for ESPN’s Monday Night Football this fall, it’s not that surprising that we’re seeing some in-depth profiles of him. But “You Didn’t Tune in to a Football Game to Feel Like S—“: Why ESPN Chose Joe Tessitore to Rebuild Its Relationship With the NFL,” from Bryan Curtis at The Ringer, has the distinction of being one of the trippier pieces of sports journalism in a while. Much of it revolves around extensive eating and drinking sessions with Tessitore, and boy, does Curtis get Tessitore to open up on a whole range of subjects, from getting up at 5:45 a.m. daily to start the day with prayer and then “a philosophical tract by René Descartes or a piece of longform journalism” to his connections with Gay Talese and Anthony Bourdain to his description of himself as a “partner” with the NFL to him downing tequila with Curtis to his discussion of his Italian-American origins and “how pop culture tends to caricature the kind of Italian Americans he grew up around as thugs or buffoons. He has a special contempt for ‘sellout pieces of shit like Robert De Niro.”” But it’s the discussion of Tessitore’s play-by-play approach that’s perhaps most significant for those interested in what he’ll bring to MNF this fall:

The second group of announcers Tessitore calls the Jazz Riffers. This is Tessitore, Brent Musburger, and Gus Johnson. Jazz Riffers want to get the down and distance right, of course. But they also want to push past the smooth-talking politeness of sports TV and connect with the audience on a primal level.

When Tessitore stares into a camera, he imagines he’s headlining a lounge in Vegas. “You should be acting like you’re onstage,” Tessitore says, adding, “You’re one with it, man. You’re riffing. When you’re at your best live on TV, it should feel like you’re going into a jazz session.”

Curtis then goes on to discuss Tessitore’s “For the w-i-i-i-n! Texas is back, folks!” call of the double-overtime touchdown at the end of 2016’s Texas-Notre Dame game, which didn’t actually include a call of the backup quarterback stretching for the endzone. That got this reaction:

That jazz-classical comparison makes a lot of sense, and it does help to characterize some of the different play-by-play voices we’ve seen over the years. And that improvisational approach could definitely be an asset for Monday Night Football, and it seems like analyst Jason Witten,  sideline analyst (on a cart!) Booger McFarland and sideline reporter Lisa Salters will be a good fit with that. And Tessitore’s overall approach here is interesting, too; Curtis’ piece later talks about how he tries to avoid intense criticism of officials (something the former tandem of Sean McDonough and Jon Gruden often fell into), and how his broadcasting approach is “It’s the late ’70s. You can have a cocktail. Nobody’s offending anybody. Just chill, enjoy, relax.” That seems like it will be probably the right fit for the broad-tent MNF ESPN is trying to sell.

But there’s a discussion to be had about the overall state of ESPN’s relationship with the NFL, which may have improved under new ESPN president Jimmy Pitaro, but was in dire straits before that and is still far from smooth. And Curtis’ piece talks about that, with an ESPN journalist saying the league gets mad about negative NFL stories ESPN writes about being discussed on studio shows like First Take and Pardon The Interruption, and a NFL executive saying “You guys are knee-deep in the NFL business. You guys should be trying to help us rather than hurt us.” That’s patently silly, as the vast majority of NFL coverage on ESPN is neutral to positive and blaming them for the occasional negative stories that arise from journalistic work is just a terrible look, but it does appear to be the state of the NFL-ESPN relationship at this point. Maybe Tessitore’s work can help improve that; we’ll find out when Monday Night Football kicks off this fall. The first appearance of the Tessitore-Witten-McFarland-Salters team will be on the late Rams-Raiders game Sept. 10; we’ll see how they do.