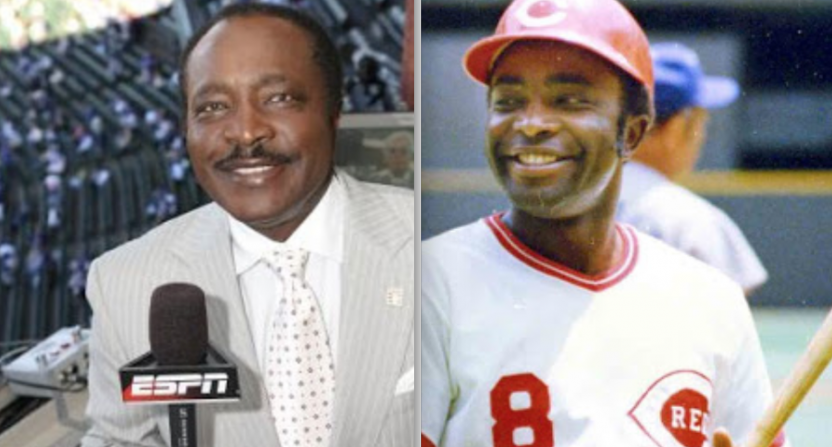 Hall of Fame baseball star Joe Morgan has passed away at the age of 77. The news was first reported by USA Today‘s Bob Nightengale. According to the Associated Press, Morgan died Sunday at his home in Danville, California. He had been suffering from polyneuropathy, a disorder affecting multiple nerves throughout the body.

Morgan was also an acclaimed broadcaster, beginning his career calling games for the Reds. He was in the booth when Pete Rose earned hit No. 4,192, setting baseball’s all-time record in 1985. Morgan also called Giants games for nine years and stayed in the Bay Area to broadcast for the Oakland Athletics during the 1995 season. Additionally, he called college baseball broadcasts for ESPN and the College World Series for CBS.

Yet Morgan broadcast on a national basis as well. He was part of ABC’s Monday and Thursday night telecasts from 1988 to 1989, also working the 1988 American League Championship Series and 1989 World Series. On NBC from 1994 to 2000, he was in a three-man booth with Bob Costas and Bob Uecker, calling three World Series, three ALCS and NLCS matchups, and four All-Star Games.

But Morgan is probably best known to a generation of baseball fans for being the color analyst on ESPN’s Sunday Night Baseball broadcast alongside play-by-play announcer Jon Miller. The pair were the voices of ESPN’s showcase telecast for 21 years until Morgan’s contract wasn’t renewed following the 2010 season, likely spurred by the Hall of Famer taking a special advisor role with the Reds.

As part of the network’s signature team, Morgan also called several memorable moments in baseball, including Barry Bonds hitting home run No. 73 during the 2001 season.

Throughout his career, Morgan was outspoken in how the game had changed since his playing days with home runs and walks taking priority over putting the ball in play and stealing bases.

Most notably, he was a critic of the increased role of advanced metrics and data being used in baseball — determining lineups, pitching changes, and strategic decisions — popularized by Bill James and Michael Lewis’s 2003 book Moneyball.

Morgan’s stance was curious, as Joe Posnanski wrote for The Athletic, because advanced statistics, such as WAR (Wins Above Replacement), probably increased appreciation for his performance as a player.

“Joe Morgan the broadcaster never seemed to understand exactly what made Joe Morgan the ballplayer so electrifying and wonderful,” said Posnanski, calling it “the great irony” of Morgan’s career.

Unfortunately, that anti-sabermetrics view defined Morgan to later generations of baseball fans who wanted more statistical analysis from broadcasts than insight from playing the game. Deconstructing Morgan’s analysis (and others who took an outdated view of the game) even led to the creation of website Fire Joe Morgan, produced by TV writers Mike Schur (The Office), Alan Yang (Parks and Recreation), and Dave King.

In a May 2005 post, Morgan’s analysis of the New York Yankees compelled Schur (writing under the pseudonym “Ken Tremendous”) to infamously write, “I am honestly beginning to wonder whether Joe Morgan has ever played in, seen, or heard about a major league baseball game.”

Yet, as Slate’s Josh Levin pointed out in 2016, Morgan outlasted his critics. Fire Joe Morgan shut down in 2008, as Schur and his colleagues became more successful in television and could no longer devote time to sports media criticism. Morgan, meanwhile, called two more seasons of Sunday Night Baseball. Ten years removed from his role as one of ESPN’s signature baseball voices, appreciation for his talents as a broadcaster has grown. He was the TV voice for later generations of baseball fans.

And though his opposition to sabermetrics framed him as out-of-touch to some fans, that differing view helped define more than one way of viewing and appreciating the game. Morgan still spoke for a lot of fans who may not have been as vocal online with blogs, websites, and social media. And he’ll be remembered fondly due to his excellence as a player and longevity as a broadcaster.