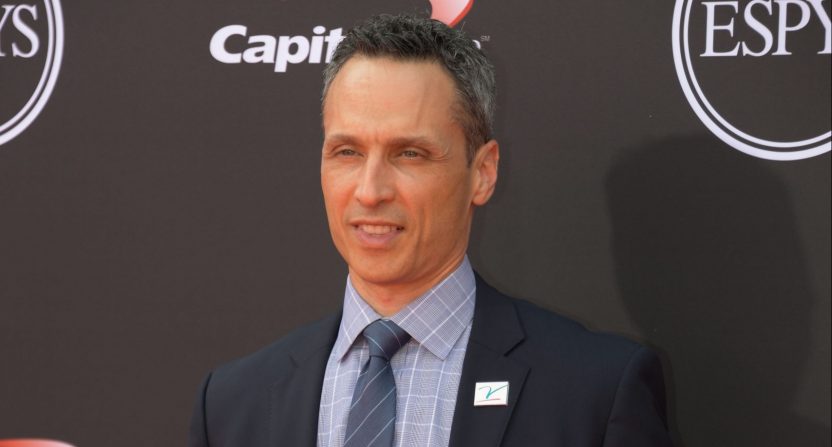 One of the major gripes people have with ESPN+ is that content on ESPN’s linear networks isn’t included to stream live. If it was, the service would cost a whole lot more than the $9.99 per month currently being charged.

The prospect of a direct to consumer offering for ESPN’s linear networks would be a seismic shift for the company, but potentially a necessary one as cord cutting continues to chip away at ESPN’s traditional subscriber base. And while there’s no package in the works quite yet, it seems likely we’ll get one eventually.

“That is the path as we move forward,” said ESPN President Jimmy Pitaro. “Will there come a point in time where our flagship channels are available, à la carte direct-to-consumer? Yes.”

Pitaro would not say exactly when ESPN would make its linear TV channels available to cord cutters via streaming, but said that his team is monitoring ESPN’s subscriber numbers closely.

ESPN is in around 74 million homes, according to the most recent Nielsen estimates.

The cable bundle benefits not just ESPN’s networks, but all of the other networks owned by Disney (FX, Disney Channel, Freeform, etc). What would the future of those networks look like if an ESPN linear DTC offering was launched? Would carriers actually drop the entire Disney bundle of networks with viewers having a DTC alternative for ESPN’s networks?

Anyway, we’re still a ways off from this happening, but if an ESPN linear DTC does launch, it’ll have a massive effect on the cable industry, not to mention Disney as a whole.