Jemele Hill tweeted that Donald Trump was a racist and white supremacist. Her tweets have caused a gale force shit-storm for ESPN. It’s a few small steps from the right-wing Internet to the right-wing media to a right-wing White House.

With Trump tweeting about it Friday morning, the story is likely to recycle and snowball. ESPN’s perceived liberal bias will become something the mainstream media discusses.

Hill’s comments were not outlandish. She was right. Trump entered politics trumpeting a racist birther conspiracy. He launched his campaign portraying Mexican immigrants as rapists. One of his administration’s first decisive actions was excising an explicit mention of Jews from a Holocaust statement. Those are just a few notable bites from a smorgasbord of such incidents. The only entities Trump tiptoes around besides the Russian state are racist groups, whether one terms them the alt-right, white nationalists, neo-nazis, or deplorables.

Perhaps one could quibble with Hill’s phrasing. It’s not certain Trump holds such extreme beliefs personally. Though fanning such forces for political gain has the same effect functionally.

So Hill was right. Her words carry weight, as someone who deals with more noxious, hateful blowback than perhaps anyone else in the sports media. In a brief statement, Hill regretted not the substance of her comment but for “painting ESPN in an unfair light.”

Hill being right only complicated the matter for ESPN, forced into taking a stand about an ad hominem attack against a polarizing President. Supporting her may be the right thing to do. But it would de facto confirm a narrative ESPN has been battling, that it is a raving bastion of pinko liberal politics. Condemning Hill would bring an equally vicious response from left-wing activists, mainstream media, and many of Hill’s colleagues. 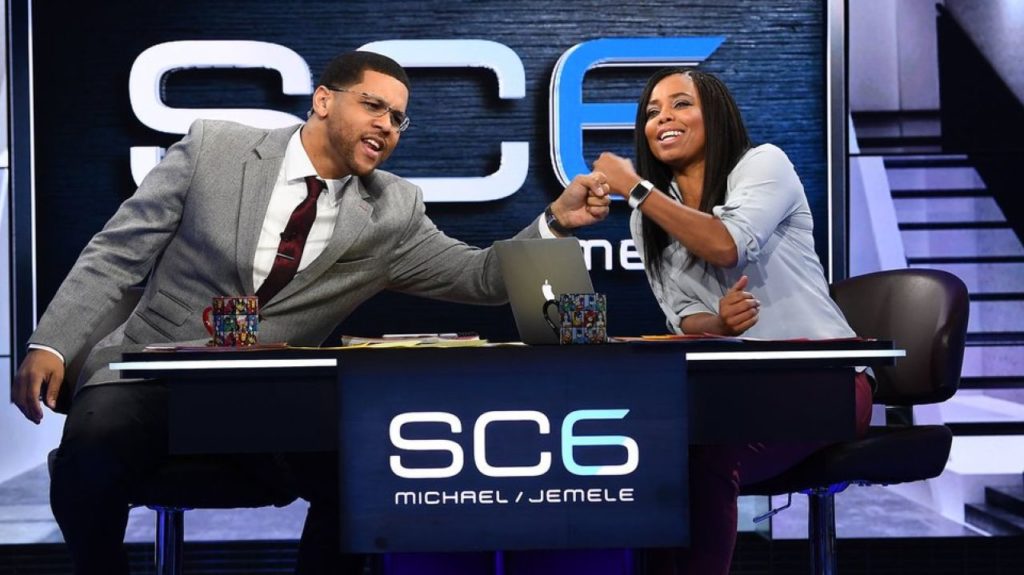 ESPN sought a third way. The network issued a bland statement disavowing her comment without giving a reason. If reporting is accurate, ESPN also explored taking Hill off the air for a day to contemplate her social media usage. Half-measures to assuage both sides, as always, enraged both sides. Conservatives thought ESPN should have fired Hill. Liberals thought ESPN caved.

The “MSESPN” story is not going away. It will entrench itself after this and, perhaps, become even worse. Time and symbolic acts such as letting Hank Williams and all his rowdy friends back into the fold won’t resolve it. Anything that buttresses the liberal ESPN narrative even remotely will cause it to flare up again. We are past the point where the facts matter.

There’s an argument that this conservative backlash won’t be such a big deal for ESPN. Conservatives are not cutting cable subscriptions to spite ESPN. Sports fans, whatever their political leanings, need ESPN to watch games. But that argument views sports fandom as static. It may not be.

Much of modern sports fandom has been built with ESPN promotion (see: national college football fandom) and may not be sustainable without it. Live sports on television is already facing technological and demographic threats. Having a median fan age in the low-40s makes you the young, cool league. There is a myriad of entertainment options in 2017. There’s a danger that viewers turned off from ESPN may never come back.

The trouble for ESPN is that there’s no obvious way to resolve the politics problem. The network moved away from news and highlights toward opining and debate. The worst thing talk programming can be is irrelevant to its audience. When hot button political and cultural issues absorb the culture, the surest way to irrelevance is not to address them.

Personalities on those ESPN shows must be “versatile,” which means carrying on the discussion over social media, with less forethought and oversight than other media. Issues such as Hill’s Trump comments are inevitable.

Strict journalistic objectivity is not an option when you are paying people to be subjective and opinionated. But not having a firm policy leaves ESPN reacting to incidents on its back foot. Common sense is always individual and nebulous. Personalities are left to draw their own lines. ESPN is left to draw ad hoc ones after incidents arise, with a strong influence from the public and social media reaction. Sometimes, that works out. Other times, ESPN ends up suspending and firing people for innocent, common idiom usage.

There’s also the internal matter for ESPN. Conservatives, even if they often undercut it with terrible analogies, have a point about equal treatment. ESPN isn’t creating a marketplace of ideas. ESPN wants diversity and to be a nexus for insightful social commentary that bolsters its brand. It has provided a forum for media members who skew left to use sports as a jumping-off point on a range of cultural issues. Conservative ESPNers have spoken of what ombudsman Jim Brady termed a “stifling effect on discourse.”

Everything has become political in the Trump era. That now, deservedly or not, includes watching ESPN. It’s not clear what particular line ESPN needs to draw with political commentary or where to draw it. But finding some form of balance is imperative for ESPN to avoid having the liberal narrative define it for much of the country.