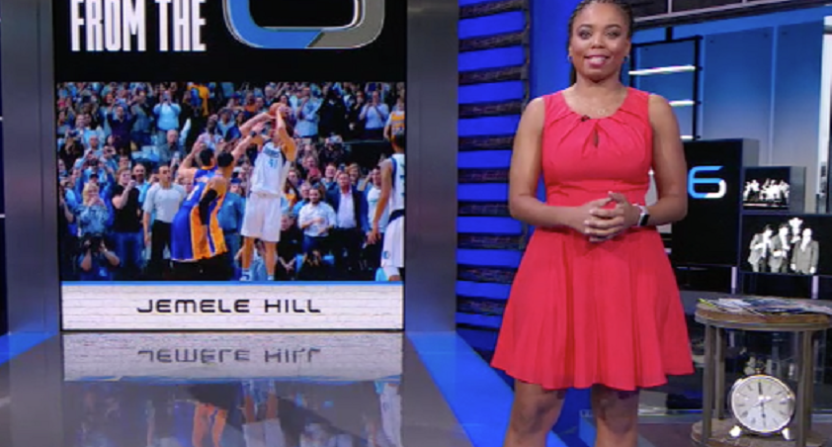 After a year in which she criticized the president as sharply as anyone in the American press, launched a national controversy that rose all the way to the White House, earned a two-week suspension over a series of tweets, left the show she helped develop and emerged as maybe the most loved and most hated person in sports media, ESPN’s Jemele Hill has been named the National Association of Black Journalists’ 2018 Journalist of the Year.

In a release, Hill called the honor “the biggest accomplishment of my career.”

“It would be a serious understatement to call this recognition from NABJ special,” Hill said. “This organization has been a second family for me, both personally and professionally. I am humbled to be honored by an organization whose values not only match my own journalistically but has tirelessly dedicated itself to developing and nurturing journalists like me.”

This is an incredible honor. NABJ changed my life, and to accept this award in my hometown at this year’s convention is humbling. To God be the glory. I love you NABJ family. https://t.co/gosEWpOKEo

Hill has certainly had a busy last year or so. In February 2017, she and Michael Smith launchd SC6, a new SportsCenter show built largely around their personalities, interests and banter. The show was polarizing from the start but really became a lightning rod in September when Hill tweeted that Donald Trump was a white supremacist, prompting White House press secretary Sarah Huckabee Sanders to suggest she should be fired. ESPN reprimanded Hill for those comments, then suspended her weeks later after she mused on whether fans should boycott the Dallas Cowboys over owner Jerry Jones’ comments on player protests.

In January, Hill left SC6 of her own accord to write for ESPN’s race and culture vertical The Undefeated, where she has written about subjects including the sexual assault scandal at Michigan State, controversial NFL Draft prospect Josh Rosen, racism in youth lacrosse and Colin Kaepernick’s opportunity to meet with Trump at the White House.

Along the way, Hill has been lauded in some circles for her courage and honesty, while derided in other circles for being the most obvious example of ESPN’s allegedly liberal institutional politics.

In its release Monday, NABJ noted it had fully supported Hill throughout the past year.

“Jemele Hill is a gem. She exhibits strength, grace, and doggedness,” NABJ president Sarah Glover said. “NABJ appreciates the courage and steadfastness Jemele has demonstrated as a journalist and commentator speaking truth to power.”

Hill will be honored August 4 at the NABJ convention in her hometown of Detroit.