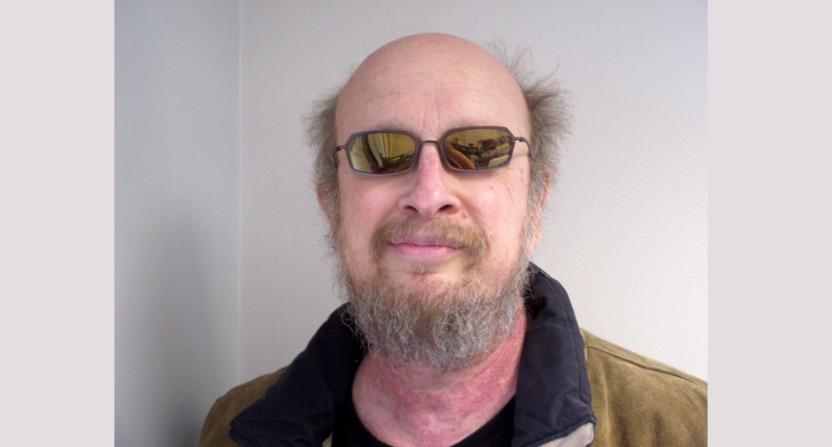 Famed editor Jay Lovinger has passed away at 75. Lovinger worked at ESPN from 2000-2017, joining thanks to a decades-old connection to John Walsh, and he played a critical role at the network. He helped to launch Page 2, the ESPN site that provided humor and offbeat sports coverage and helped establish new voices like Bill Simmons, and he worked as a producer and editor on many of ESPN’s later big multiplatform features, winning four Emmys along the way. Lovinger’s long journalism career also included working at the Binghamton Sun, Inside Sports, People, The Washington Post Magazine and Life (including stints as managing editor at those last two).

Lovinger started at ESPN in 2000 and helped to launch Page 2, playing an important role both behind the scenes and as a writer. In addition to his work in establishing the format of Page 2 and guiding the various voices there, Lovinger also wound up writing for the site himself, assuming the role of “Jackpot Jay” to talk about spending a year trying to make it as a professional poker player. He also wound up editing many of ESPN’s other longform pieces and multimedia projects. Lovinger worked as an editor at ESPN for almost two decades before retiring in December 2017. He passed away Sunday of complications from kidney disease.

While Page 2 may have been known more for its list of writers (both established figures like Ralph Wiley and Hunter S. Thompson and newer voices like Jim Caple, Scoop Jackson and Simmons), editors like Lovinger were crucial in shaping it. And while not every Page 2 idea hit, the site made a big impact on many. It helped illustrate that sports in general didn’t have to be all serious news and game reports, and that ESPN in particular could have some fun with sports coverage. And it played a significant role in ESPN’s overall digital evolution.

And Lovinger’s work as an editor went well beyond that, too. He edited the essay collection The Gospel According To ESPN: Saints, Saviors and Sinners, and he wound up working on a lot of big ESPN projects. Some of his Sports Emmy wins came for work as a coordinating producer on “The Real Frozen Tundra” (a 2007 ESPN.com piece on high school football in Alaska) and as a coordinating producer on “No Love Lost” (a 2008 ESPN.com piece profiling long-suffering Cubs’ fans over the decades). He was also nominated as a senior coordinating producer on Unspeakable (a 2010 Outside The Lines story on two South Carolina coaches’ intersecting family history). And he won a lot of praise from writers he worked with, including Wright Thompson; here’s what Thompson told Nieman’s Paige Williams in 2012 about Lovinger’s work with him on 2009’s Outside The Lines feature “Shadow Boxing” on boxer Jimmy Robinson.

I chased that story for seven years. That’s an exaggeration because that’s not all I did, but every couple of months for a couple of days I would go look for Jim Robinson. And the thing that broke it open was, I figured out that he was in Miami. I write about this in the story, but I set up a 305 phone number and made up a flyer and put it up all over town, the last place he’d been seen. And I went home. And four days later the phone started ringing.

It was just really interesting in terms of what it means to exist. It’s sort of a story about the effacement of memory and the nature of loss. My editor and I worked on that a lot. His name’s Jay Lovinger and he’s unbelievable. He’s a lion. He’s edited Gary Smith and David Halberstam and Hunter Thompson and Richard Ford. He was the managing editor at Life magazine and the No. 2 guy at Inside Sports. I’ve said this a lot but it’s true: He changed my life. The experience of doing “Shadow Boxing,” sort of walking around the block in the Bronx, where he lives, and talking about it – that’s a very, very special story to me.

It’s also interesting that Thompson mentions Inside Sports there, as that publication didn’t wind up lasting for long itself, but it had a major impact on ESPN.com. Inside Sports was a monthly magazine started by Newsweek in 1979, and the editor in charge was Walsh, who would wind up spending 27 years at ESPN (including as executive editor) and overseeing a lot of their sports journalism efforts. The magazine only lasted in its original form until a sale in 1982, but Lovinger wound up as the number-two guy there, and that connection he formed with Walsh later lead to him being hired at ESPN. And as Lovinger relayed to Binghamton University student newspaper Pipe Dream in 2007, he was introduced to Walsh by Tony Kornheiser, and the meeting didn’t exactly get off on a great footing:

In 1979, Newsweek started a magazine called Inside Sports, a monthly sports publication. Kornheiser, a contributor in the pilot issue, introduced Lovinger to the editor for a potential job opportunity. But on the interview, the editor told Lovinger he was only going to hire contributing writers who worked with him before.

‘He then said, ‘What did you think of the pilot issue,’ and I was so annoyed at this, I just ripped everything in it,’ said Lovinger, whose response intrigued the editor. He gave Lovinger a challenge to create 25 story ideas on how he would have done the issue. Next thing Lovinger knew, he was associate editor for Inside Sports.

So two figures from a short-lived sports magazine in the 1970s and 1980s wound up working together at ESPN.com decades later, and shaping a lot of what ESPN’s approach looks like today. That’s quite the story, but it’s just one of many remarkable moments from Lovinger’s career. Our thoughts go out to his friends and family.