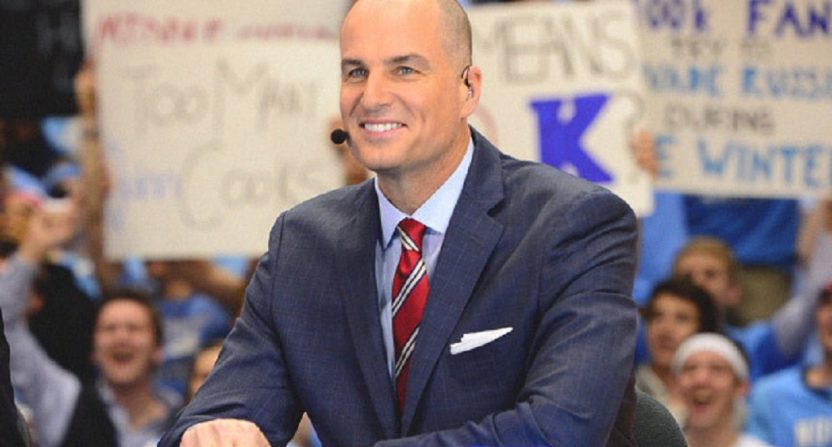 ESPN college basketball analyst Jay Bilas has long been a critic of some elements of the NCAA, particularly when it comes to teams trying to restrict players’ transfers, schools profiting off athletes and not returning any revenue to them (especially with jerseys, which led to the NCAA store deciding not to sell those any more), schools profiting off scandal and more. Bilas went into detail on a lot of that in an interview with Hank Tucker of The Charlotte News-Observer, for a piece titled “How ESPN analyst Jay Bilas became the NCAA’s loudest critic.” The whole thing’s worth a read, but Bilas’ comments on transfers, and how he doesn’t expect the association to change much, stand out:

…“They’ve set up this Rube Goldberg-type system that is able to pivot about as quickly as an aircraft carrier can,” Bilas said. “They’re always three steps behind, but that in a lot of ways is intentional that they’ve got this heavy bureaucratic system. … It’s a convenient excuse for them to say that we can’t change it.”

Later in the piece, Bilas talks about his criticism for Texas’ sponsorship deal with Corona, and says his issue isn’t the university getting money, but their argument (and those of other schools) that they can’t afford to give any to the athletes producing that value. He sees that as a larger part of the NCAA’s issues, especially when it comes to their stated goals not matching their actual impact. And he said that’s why he’ll keep criticizing:

Bilas makes plenty of good points, and while he’s far from alone in blasting the NCAA, he’s one of its most consistent and vocal critics. That’s especially notable considering his role as a NCAA analyst; there aren’t too many TV analysts willing to be so vocally critical of major elements of the leagues they cover. From this corner, his willingness to say what he thinks and make logical, consistent arguments in favor of his position is appreciated. Here’s hoping we see much more of it in the years to come.