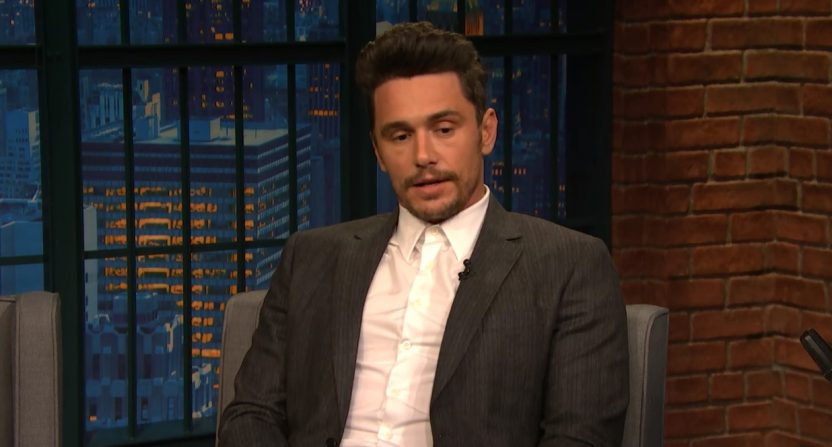 A film based around Jim Miller’s book on the history of ESPN, Those Guys Have All The Fun, might not be the most compelling premise we’ve heard recently in the sports world. But in early 2015, Miller confirmed he’d be writing screenplay for the film, and that was the last we heard about it.

On Thursday, Collider reported that James Franco was in talks to direct the adaptation of Miller’s book, and that Christopher C. Rogers, the co-creator of AMC’s Halt and Catch Fire, would be rewriting the script.

The site also detailed some of the plot, which seems like it will focus on the early days of ESPN, mainly on its foundation.

Collider has also learned that Halt and Catch Fire co-creator Christopher C. Rogers has been tapped to rewrite the script, which will follow Bill Rasmussen, a communications executive who teamed up with his son, Scott, to launch the world’s first 24-hour cable TV network. But first, the Rasmussens had to max out their credit cards to scrape together enough cash to reserve a satellite transponder so they could show sporting events nonstop throughout the day.

In addition to Rasmussen and his family, key characters will include Stu Evey, the former Getty Oil executive who became the founding chairman of ESPN; NBC Sports president Chet Simmons, who left NBC to become the president of ESPN; RCA salesman Al Parinello; Anheuser-Busch exec Claude Bishop; and Scotty Connal, an early VP of production at ESPN.

Franco directed and starred in The Disaster Artist, winning a Best Actor Golden Globe. He was also accused of inappropriate behavior on multiple occasions this January, which he denied.