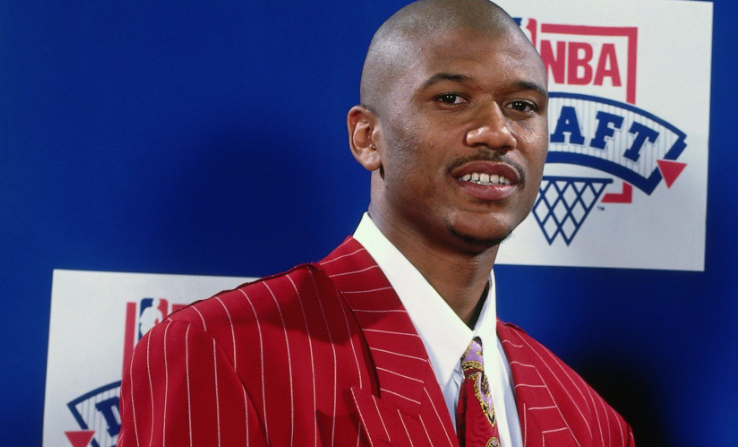 Jalen Rose’s culture column made its debut on the New York Post website Thursday. His “Renaissance Man” series of columns, videos, and podcasts provide Rose with an outlet to share his thoughts on culture and “topics that matter in today’s world.”

In his first piece, the ESPN analyst and former NBA star wrote about the role fashion has played throughout his life, allowing him to make a statement and stretch beyond his poor upbringing in Detroit. Rose’s preference for creating his own trends was first revealed to a national audience with the baggy shorts and black socks that he and his “Fab Five” teammates wore playing college basketball at the University of Michigan.

“In 1991, when I burst on the scene with a norms shattering crew called the Fab Five, I was all about being punk rock rebellious but through a hip-hop filter. While everyone else was wearing shorter shorts, we all wore ours long and baggy. We sported black socks, black sneakers and bald heads. It was an attitude-driven aesthetic that changed college basketball forever.”

We already knew fashion was important to Rose, saying he put thought into his suit for Wednesday’s NBA Countdown, just in case he said something about the Breonna Taylor grand jury decision that got him fired.

But Rose’s fashion sense probably received its biggest spotlight during the 1994 NBA Draft when he appeared for his entry into professional basketball wearing a red suit that’s become legendary.

As Rose explained in his column, there was a purpose beyond standing out from his fellow draft prospects that night in New York. The suit was intended to match whichever team he believed would select him.

“When I was drafted, I went full on Motor City bold. In a sea of tan- and earth-toned suits, I stood out in a red pinstripe number and red gator shoes. Why red? Well, I thought I was going to be taken by the LA Clippers, and I wanted to represent their colors. I’m sure the Denver Nuggets really appreciated my suit when they selected me.”

Rose has told the story behind that red suit on at least two other occasions, first on Jimmy Kimmel Live then years later on Get Up.

Unfortunately, the Clippers and Sonics had other plans for the draft and Rose slid to the No. 13 pick, where he was selected by the Denver Nuggets. Their color scheme would’ve meshed better with Rose’s University of Michigan roots had he chosen to go that way. Of course, we probably wouldn’t still be talking about his draft day suit nearly 30 years later.

Hopefully, Rose won’t use as much recycled material in subsequent “Renaissance Man” content, but he was arguably reaching out to a new audience that may not have heard the story behind that red suit in his first time out.

There’s plenty more in Rose’s debut column, including his role in making NBA players more fashionable and his plans for a suit that will turn heads during the NBA Finals.