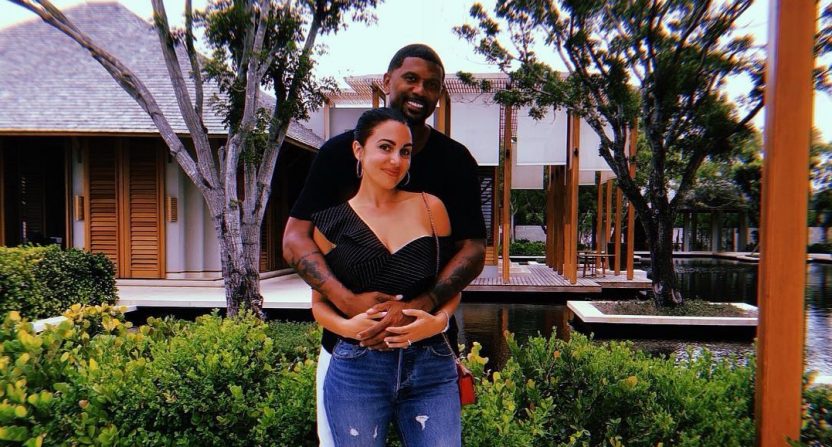 According to a report from the New York Post, ESPN personalities Jalen Rose and Molly Qerim were married in New York City. Qerim has had many roles over the years and currently serves as the host of First Take, while Jalen Rose maintains a presence across a wide variety of ESPN programming (including appearing with Qerim on First Take, and hosting Get Up), with an obvious focus on the NBA.

An insider told us, “The media power couple married in the New York City area then boarded a flight to Turks and Caicos.”

Qerim — who hosts the network’s “First Take” — posted on Instagram last week a shot of the couple on the island, in which she appears to be wearing a diamond ring on her left hand.

‘You could’ve been anywhere in the world, but you’re here with me. I appreciate that’ 🖤

So hey, that’s kind of fun! Also fun: Qerim confirming it by replying to a congratulatory tweet from Dick Vitale:

Thank you so much! That’s goals. ❤️

We’ve sort of known Qerim and Rose were dating since Rose referred to her as “wifey” in a tweet two years ago:

All the best to the new couple.