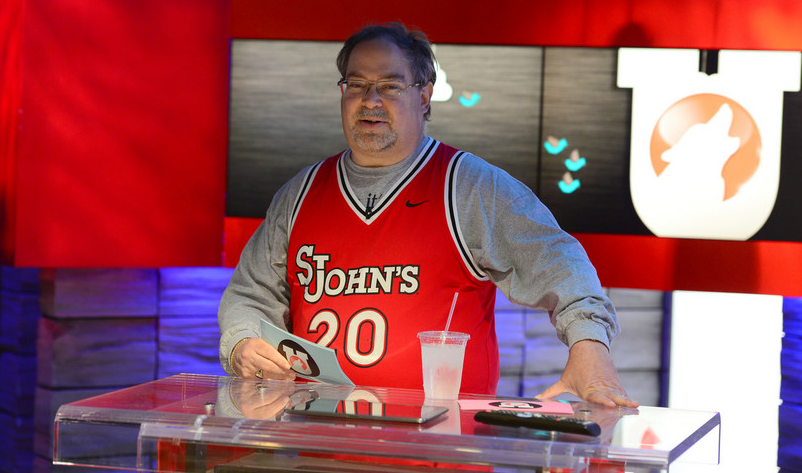 Back in June 2013, ESPN laid off long-time researcher/Stump The Schwab personality Howie Schwab, part of a wave of layoffs of hundreds of people. At the time, Schwab posted on Facebook that he was “extremely disappointed to say farewell” after 26 years at the network, and that “the only thing that mattered was my salary.” Schwab has since landed some smaller jobs with Sports Jeopardy and Fox Sports, but hasn’t landed anything full-time.

On Wednesday night, he tweeted out a bunch of thoughts about his disappointment with that, which he attributes to his age, and he also tweeted about how he’s still upset with ESPN for how they laid him off five years ago:

Five years ago, my life changed. My 26-year career was washed away. Yes, I have moved forward, survived the loss of my ill wife Jodi, got married my angel, Suzie.The fact is finding work has not been easy. People don't return calls hen you are 57. Experience doesn't seem to

Matter. Yes, I have had a few things, but it is frustrating to have poured your heart out and ended up being spit out. I was not making Katie Nolan $$ either. The four-letter network has changed, and not for the better. Too bad. I feel for others who have not found work and are

Even more frustrated. If you have been at a company a long time, watch your back. Loyalty doesn't mean a thing any more. This will be the last time I ever talk about the pain of that day, being told I could not say goodbye to friends of over 25 years. I was treated like a joke

When all I did was everything asked of me and more. When they has four-letter network the weekend, they asked me to do six shows a day. They said don't do it, but I said it was ok, it needed to be done. I went out of my way to do a college version of Stump, on ill-fated channel,

And came inat night to do it with Reese Waters and Dany Kanell. Yeah they got screwed too. So did John Clayton, Jason Stark, Merril Hoge,Andy Katz, oh the lists so long. I wish the current prez luck because he is a SJU guy. My friends still there, good luck. The pain may never

It’s understandable where Schwab is coming from here. For one thing, it sounds like ESPN handled those particular layoffs poorly, not allowing people time to say goodbye. Layoffs are always rough, but there are better and worse ways to do it, and this sounds like a worse one. And beyond that, it’s incredibly tough for anyone to work for a company for a long time and then be told they’re no longer needed, and that’s perhaps especially the case for someone who had been at one company for 26 years. The challenges in finding something else are also understandable; ESPN’s had at least three further waves of layoffs of 100 people or more (sometimes significantly more) since those 2013 ones (coming in October 2015, April 2017, and November 2017) , and while some people affected have found other sports media jobs, many have exited the industry entirely.

As per the estimated numbers in our reports linked above, ESPN has laid off at least 700 people since 2013. Many of those jobs haven’t been replaced elsewhere in the industry, and countless other companies (from Bleacher Report to Sports Illustrated to Fox to Yahoo to Vocativ to Vice) made major cuts of their own in 2017 alone. Even new sites like The Athletic, which has brought in a lot of people cut elsewhere, haven’t completely replaced those jobs, and that adds challenges for anyone like Schwab looking for sports work.

It’s also notable that sports media is still an industry a ton of people want to work in, and many of those are young people willing to work relatively cheap, at least for a while. That further adds to the challenges in finding new work. And it’s unfortunate to hear that Schwab is one of the many people not getting the opportunities they’d like. His complaints here are understandable, and worth discussing, especially as they relate to the larger sports media environment.

But airing those grievances isn’t necessarily going to change anything, and Schwab himself seems to realize that too, returning to his normal sports tweets Thursday.

Nickerson, Watson, Day, McIlroy and Spieth all four over or worse so far…ouch

Schwab’s done good work in sports media for a long time, and it’s unfortunate that he isn’t able to find regular work that suits him at the moment. Hopefully something better for him comes along.