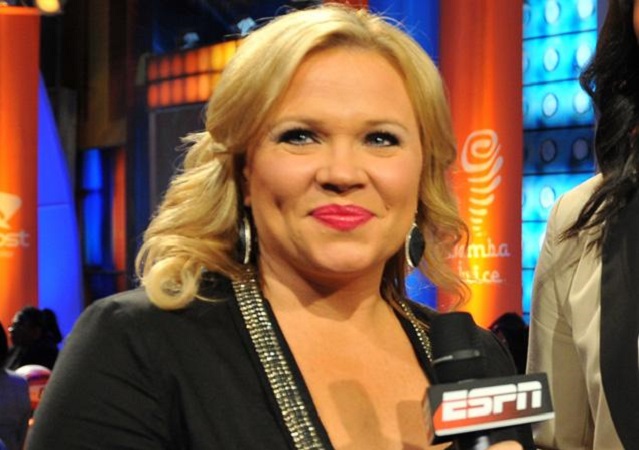 ESPN reporter Holly Rowe has been an incredible inspirational figure as she has publicly battled cancer. over the course of several years. Rowe has amazingly continued to work through much of her treatment, filling numerous roles on ESPN. One special opportunity came in May when she was able to call play by play for ESPN’s season-opening WNBA telecast after covering the league for a number of years for the network.

Sports has played a huge role through Rowe’s cancer battle, with her even saying sports have saved her life. And on Monday Rowe shared a great update for all the people in the sports world and beyond that have been supporting her on her journey. Rowe revealed that she is undergoing her last chemo treatment. She also shared a special thank you for all the prayers and encouragement sent her way through her battle.

As of Monday night, the video had been viewed a quarter-million times.

So I have some news…my heart is so full I wanted to share. Hope it’s not TMI. ❤️?? #Grateful #thankyou pic.twitter.com/BJxAW8s5uB

This is such awesome news and a fantastic feel-good story. Rowe continues to inspire so many.