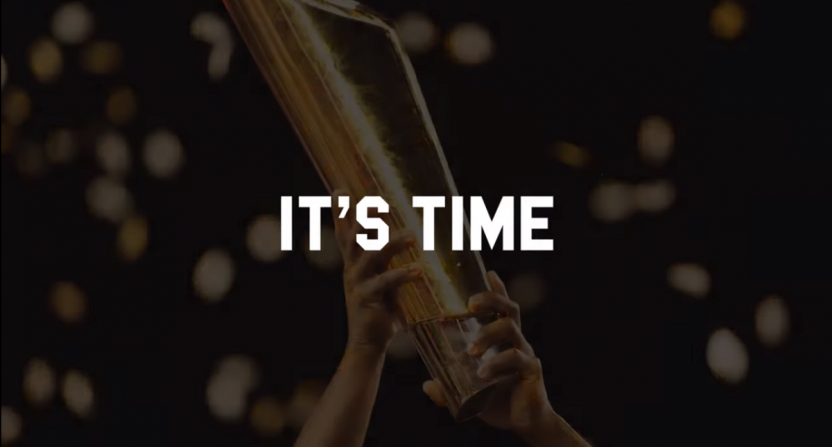 College football season approaches, and with it comes an annual tradition: ESPN picking one song to beat into the ground for six months. Last year: Imagine Dragons, a group that has built quite a career out of being worn to death in commercials.

This year, though, ESPN has turned to a less famous band to fill the role: Judah & the Lion, and their song Let Go. It’s an interesting choice, which should be clear for the first 90 or so seconds of the ESPN-themed video the network released, as it’s a slow burn.

The ending crescendo, admittedly, does have a college football flavor, mostly thanks to the prominent horn section. And even if you absolutely loved that part of the song, you’re probably going to end up sick of it in a few months, because there’s a good chance that’s the section of the song that’s going to be taking us into and out of breaks and serving as the background for various montages all across ESPN’s vast college football inventory.

Here’s what ESPN said about it in a release:

“College football is back. For fans, teams and players, it is about letting it all go for the wild ride of the season,” said Emeka Ofodile, ESPN vice president of marketing. “Judah & the Lion and their single ‘Let Go’ captures that emotion and story to a ‘T’. We can’t wait for college football to start.”

Said Brian Nolan, Senior Vice President, Capitol Music Group, “We are thrilled to partner with ESPN for the upcoming college football season.  Music plays such a prominent role within the landscape of the college football experience and Judah & the Lion have delivered an instant classic anthem with ‘Let Go.’”

Music is subjective, obviously, but it’d probably be a bit much to call it an objectively bad song. It’s fine. It’s just the knowledge that it’s going to be burned into the ears of viewers for months that makes it tough. There is one positive: the video release inspired a few mashups with other songs. It’s tough to argue that Free Bird doesn’t work extremely well, for example: