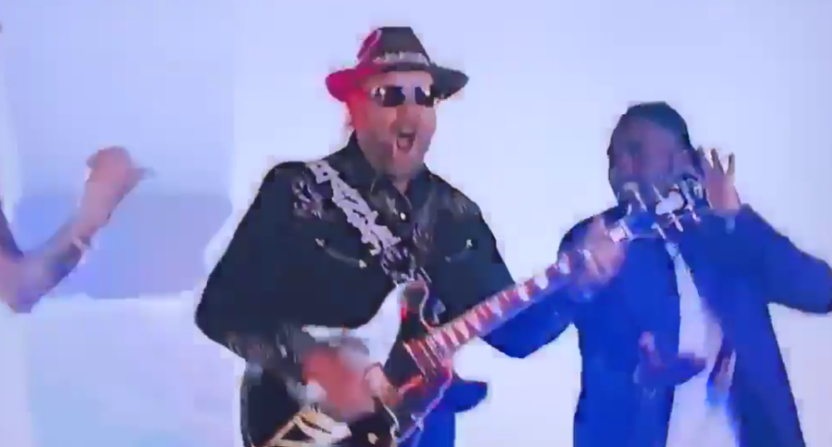 Six years after country music star Hank Williams Jr. was dropped from Monday Night Football after making an analogy comparing President Obama to Hitler, ESPN brought him back. But the first appearance of Williams’ new Monday Night Football theme Monday did not meet with positive reviews, to put it mildly. Here it is:

By contrast, here’s Williams’ previous MNF theme from Week Two of the 2011 season:

Many on Twitter were particularly unimpressed with the new version featuring cameos from other acts like Florida-Georgia Line and Jason Derulo, and with the amount of autotune:

No one on planet earth deserved to watch Jason Derulo, Florida Georgia Line, and Hank Williams Jr perform together. #MNF

I did a Twitter search right after & it appears the hatred of Florida Georgia Line is universal. Hope they drop them. It didn't work.

It’s like going to a concert of a legend and they play “new material”- nobody wants to hear that. Play the hits.

I never thought I'd say that Hank Williams MNF song would sound worse than Carrie Underwood on SNF but this is where we are. #SMH

To say nothing about people mad Williams was back in the first place:

The NFL and its plantation behavior. Keapernick can't get a job because of silent non violent protests but racist Hank Williams is ok? pic.twitter.com/dqjFWsCCzR

So, yeah, this definitely provoked some reaction. And probably not quite what ESPN was hoping for.