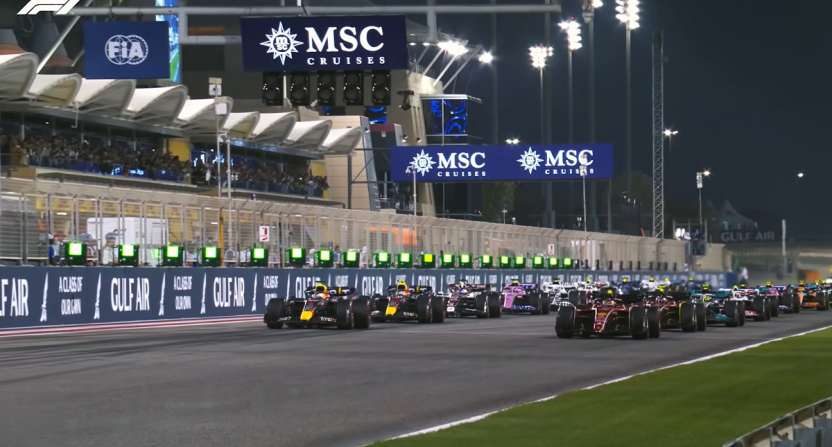 Formula 1 is a very strong growth property in the American market.

Part of that, of course, is that there was so much room for it to grow to begin with; unlike the major American sports (including motorsports like NASCAR), the public consciousness hasn’t been saturated for decades. Formula 1, on the other hand, had never really caught on; some races would occasionally post decent numbers, and when NBC made it a big part of their NBCSN push through the middle of the last decade it was a bit more visible.

Now it’s growing at an impossibly impressive rate, year-over-year, thanks to some combination of Netflix’s wildly entertaining Drive to Survive docuseries, ESPN’s presentation choices, and the appeal of the sport itself. Formula 1 was one of the first properties to return mid-pandemic in 2020, and it was boosted further last year by an incredibly compelling title race in 2021 between Max Verstappen and Lewis Hamilton. This success is both a blessing and a curse for ESPN, as the American broadcast rights are up after this year.

Formula One has been out in the market seeking upward of $75 million per year for its U.S. media rights, according to several sources.

Currently, sources say that ESPN is paying in the neighborhood of $5 million per year for the rights. ESPN signed a three-year deal worth $15 million in 2019 and holds F1’s U.S. media rights through this current season.

$75 million would obviously be a huge increase, and in the neighborhood where ESPN would perhaps have to consider the value proposition. That figure seems very, very aspirational, however. Formula 1 might be growing in the United States, with a demographic appealing to advertisers, but the audiences are still in the low-seven figures. And as for those advertisers, the sport is limited in some ways when it comes to the American television model.

Currently, ESPN simulcasts Sky Sports coverage and airs races commercial-free. That is a massive, massive win for viewers, and it’s a huge part of why F1 has started to catch on. The ability to watch an entire sporting event, start-to-finish, without constant interruption and ad breaks, is impossibly appealing. While the races themselves might not always feature a ton of wheel-to-wheel action, there’s still plenty of narrative to follow, and just tuning in for a couple of hours of global tourism in high-definition without being bombarded with sports betting ads every ten minutes is a rare thing for an American television audience.

Even soccer, which comes close, has a halftime break featuring multiple ad runs. Formula 1, of course, has no scheduled stoppages, meaning if rights fees climb high enough networks wanted to run commercials, they’d have to cut away from race action. ESPN tried that for their inaugural race, and the outcry was such that they completely backpedaled on the plan, which has paid dividends. But if ESPN, or another outlet that came in with a strong enough offer to convince Liberty Media to leave the platform and brand of ESPN, felt the need to run ads due to a massive rights number, that would be a huge loss.

Fortunately, that’s not a given. Not only is that kind of fee multiple unlikely based on precedent and evidence, but according to SBJ’s Adam Stern it’s also not what ESPN wants to do:

.@ESPN's current intention is to continue to run @F1 race without ads if it is able to secure a renewal with Liberty Media from 2023, per source familiar.

? Still, the situation is worth watching as, at a certain price, it could get hard for any network to go commercial-free. pic.twitter.com/nu1N7taBoC

Things can change quickly, though, and even if ESPN does renew for another term and maintains the current winning formula, it won’t be forever. (No matter what, we’re probably going to lose the impossibly quant Mothers Polish commercial-free sponsorship.)

It would be cruel irony for longtime fans if the sport growing and being taken more seriously in the United States meant meant steps backward in presentation. Let’s hope it doesn’t happen, or that if it does, it’s not for a long time.