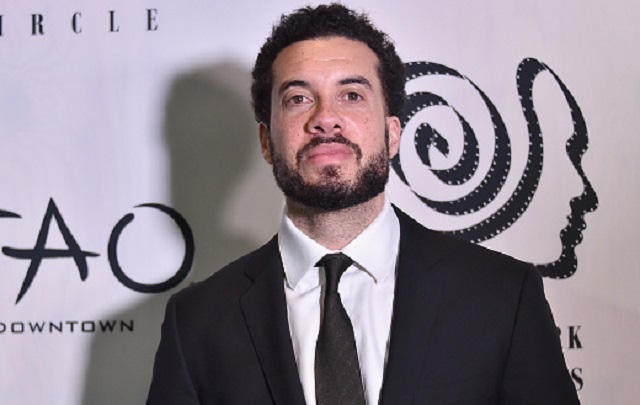 Ezra Edelman’s O.J.: Made in America documentary was a crowning achievement for ESPN Films and its 30 for 30 series. The film drew wide acclaim, beginning with its debut at the 2016 Sundance Film Festival, a brief theatrical run in New York and Los Angeles, and its broadcast on ABC and ESPN in June.

Praise for the eight-hour documentary has extended into awards season. O.J.: Made in America was on several film critics’ best of the year lists (including ours at The Comeback), and been honored with several awards, including the New York Film Critics Circle Award for Best Nonfiction film. Additionally, the documentary is nominated for an Independent Spirit Award and is expected to earn an Academy Award nomination.

As you can surely imagine, development for such a massive undertaking — essentially the life and times of O.J. Simpson, along with what the country was going through during that span — was a long process for Edelman, his team, and the ESPN Films production team. Virtually everyone involved in the making of the film recently spoke to WIRED’s Angela Undercutter for an oral history.

Here are things we learned from the piece about the making of O.J.: Made in America.

** Edelman and his team had roughly 800 hours of footage to work, which included archival material and interviews with 72 people for the film. Cutting that nearly in half for the finished film was a two-year process.

** Like most people who initially heard about this project (and/or FX’s The People vs. O.J. Simpson miniseries), Edelman wasn’t entirely interested because he believed there was nothing left to say on the subject. But once ESPN Films’ Connor Schell explained the longform project envisioned (originally a five-hour film), the challenge intrigued Edelman.

** Producers Caroline Waterlow, Tamara Rosenberg and Nina Krstic created a database of nearly 600 hours of archival footage and the list of people to talk to for the film, each of whom had some involvement in a particular period depicted in the documentary, equaled a 100-page Microsoft Word document. Of the 72 people Edelman interviewed, 66 of them made it into the finished film.

“It was organized chaos. I was looking for first-person voices: people who lived through this history at every point, whether it’s O.J.’s football career or the LAPD. When you look at the people who are the most important and impactful people in the film, you’re like ‘I didn’t know who any of these people were.'”

** The documentary wasn’t necessarily filmed chronologically. For instance, while in Las Vegas for a different interview for the film, Edelman and producers realized they should also track down the people involved in the 2007 sports memorabilia robbery that eventually resulted in Simpson being sentenced to 33 years in prison.

** Simply by virtue of the film’s enormous scope, Edelman couldn’t exert the same amount of control that he typically would for a project. As Edelman would conduct interviews, Rosenberg would be lining up the next four or five shoots, and editor Bret Granato worked on the footage already filmed to begin the process of putting the documentary together.

“It felt infinite. It’s like looking at the sun, though, you don’t want to ever look at the big picture. You trust the process. My job is to create as compelling a five-minute thing as I can, and then take a step back and see if it connects. But I would’ve melted if I’d actually thought about what we were trying to do. It’s too much to comprehend.”

** Edelman knew about FX’s miniseries, but only really confronted it during the January 2016 Television Critics Association event, when he was asked about The People vs. O.J. Simpson by critics who had already seen its first six hours. That’s one reason why he felt it was so important to screen the documentary at Sundance before the miniseries debuted on TV, so people wouldn’t think they were riding any coattails.

“That made me feel OK. Frankly, that did—I can now say—absolutely whet the appetite and re-engage people with this story in a way that they wanted the non-fiction narrative. It worked.”

WIRED‘s entire oral history of Made in America‘s development process is worth reading. It could almost be a documentary in itself. You can read the whole feature here.

O.J.: Made in America will surely receive a new wave of attention next Tuesday (Jan. 24) when the Academy of Motion Picture Arts and Sciences announces its nominations for the Academy Awards.

ESPN has been clear about its ambitions for the project (demonstrated by its showing at Sundance and a theatrical release to qualify for Oscars consideration) all along. The network believes it can win an Academy Award, and all of the critical acclaim Made in America has received to this point indicates those aspirations will likely be rewarded.