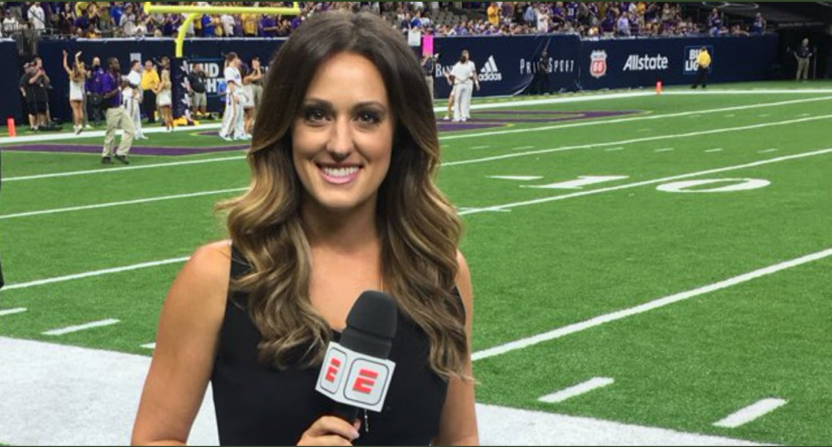 It was bound to happen.

This will be the first fall in the last 15 years I won’t be on the sidelines for College Football.
My heart hurts posting this but I’m at peace with my decision. pic.twitter.com/np5V3gdrfW

A little over a month ago, Disney announced a vaccine requirement for all salaried and non-union hourly employees. By extension, ESPN employees were covered by this mandate with Mike Soltys actually sharing that ESPN was a bit ahead of Disney in terms of timeline in implementing the policy.

“In late May we notified the thousands of people who work at events for us that they had to be vaccinated by Aug. 1,” Soltys said Monday. “A number of hosts for sporting events are requiring vaccinations for workers so we implemented it then in our remote sports event business.”

ESPN was ahead of the Disney policy because various leagues, events, and conferences were either communicating that preference or depending on their location, it was legally mandated. Given the law of averages, as well as ESPN’s size, it was a matter of time before a high-profile personality became the first to be in violation of this policy and have their work assignments and potentially long-term status affected.

Awful Announcing has learned that sideline reporter Allison Williams was absent from college football broadcasts last week and this upcoming week because of her vaccination status. Williams did not appear on the sidelines during Week 1 and is not listed for the Week 2 assignments. However, a previous ESPN press release did name her among a mosaic of people who will be doing college football work this upcoming season.

Williams cryptically and addressed her status on the Sideline Pass podcast, which she co-hosts with fellow ESPN sideline reporters Molly McGrath and Kris Budden.

“That’s another game that I’ll definitely be watching this weekend… which is all I’ll be doing this weekend.  So just to address the elephant in the room, I am NOT working Week 1. Probably not working Week 2 either for ESPN on the sidelines for college football.

To say I’m disappointed is probably a huge understatement. It’s not been easy. But there are some things that are precluding me from being out there and I’m going to leave it at that. I’ll have more for you guys when I can, probably on like a future episode and we can dive into whatever I can reveal as to kind of why.

So I’m super bummed. It’s going to be a hard weekend, for sure. But I can’t wait to watch you two shine on the sidelines of your games.  I will be flipping through channels incessantly all day. I’m probably going have to get a sitter for my son or something because he’s definitely not going to get attention this weekend. But I’ll be locked in and I hope to stay connected to the sport throughout the season here with you two and, yeah, so we’ll leave it at that. I’m bummed. I won’t be out there, but I’ll be there in spirit cheering you guys on from home.”

Over the weekend, Williams posted a photo on her Instagram showing a bouquet of flowers with Budden and McGrath tagged with the message, “Home is not where I want to be on the first weekend of CFB. But that’s where I am.”

Williams went on to say that she was thankful for “the most thoughtful and supportive friends to ease the pain of being away from the game I love.”

During the summer, Williams posted a few tweets about vaccines before the ESPN mandate was announced.

Curious if the NFL will address/take on liability? Pharmaceutical co’s are exempt, have been since 1986. If an employer requires a vaccine and that person suffers an adverse reaction or death (I know it’s rare but it happens, check VAERS)will the NFL/employer accept liability? https://t.co/LnY7cdQTFg

Can we cross out athletes and insert “anyone”?? https://t.co/o1vHVY6sWC

While it should be noted that interviews last year were conducted from distance or, in some cases, with the sideline reporter not even on the field, that doesn’t seem to be the case this year as seen below. 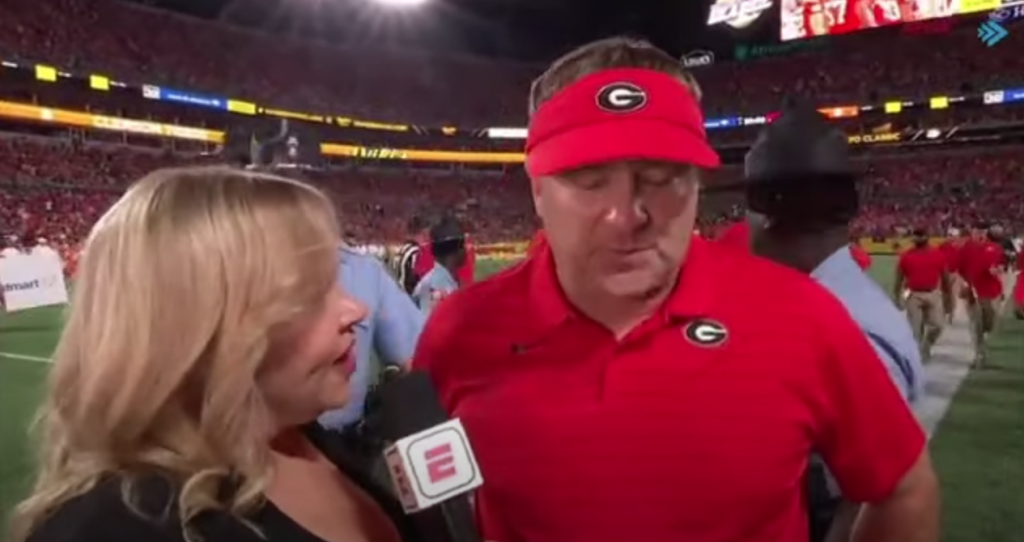 What’s likely the case is that Williams is currently one of many ESPN employees seeking a medical or religious exemption for the vaccine. Getting that exemption, though, takes a thorough review to either grant or deny. That’s probably why there is a lack of a full explanation from her at this point.

Even if Williams does gain that exemption, it’s still highly unlikely she would return to the sidelines given various conference, state, local, and venue restrictions on unvaccinated people. Unlike other positions that can be done remotely, the physical nature of sideline reporting would likely prevent ESPN from allowing Williams to return to her normal role.

A similar example can be seen with United Airlines in that exemptions granted for non-customer-facing positions allow those employees to return to work (with some strings attached), while customer-facing roles like flight attendants are being put on paid leave.

ESPN provided a brief statement about the vaccine mandate in general and exemptions.

“We aren’t going to comment on an individual. We are going through a thorough review of accommodation requests on a case by case basis, and are granting accommodations where warranted. Our focus is on a safe work environment for everyone.”

So the unfortunate thing here is that this falls squarely in that uncomfortable “let’s scream at each other on Twitter” culture wars bucket. We might see the usual characters screaming about this in the usual places.

With that in mind, let’s not pretend that Disney and ESPN are the only company with a vaccine requirement. Fox News, Walmart, plenty of universities, stadiums, etc., all have similar policies, one that the Supreme Court recently upheld as legal.

On the other hand, Williams should not be bullied or shamed for choosing not to get a vaccine. We don’t know her medical history, what her doctor may have told her, or her reasons not to get it. She’s made a decision, one that comes with consequences, and now she’s living through those consequences.

This is happening everywhere. This weekend, I am supposed to be at a bachelor party. As the Delta variant exploded, conversations about who might not be vaccinated, mask policies, will we really go out much, etc., replaced the normal fun banter. Parents are keeping friends and family members away from their kids, employees and students everywhere are being told to stay home.