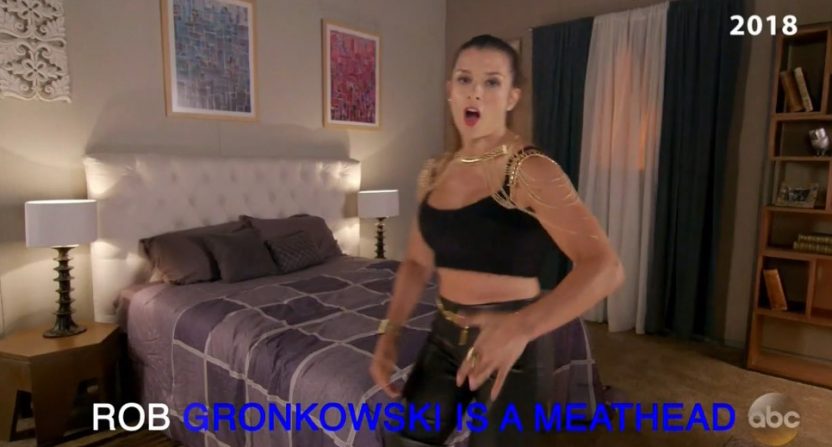 ESPN’s ESPYs awards show always has some poignant moments, such as this year’s Arthur Ashe Courage Award presentation to sexual abuse survivors and the powerful resulting speeches, but it also goes for some comedy. And this year, part of that involved host Danica Patrick rapping about other athletes. Yes, that’s a thing that happened. And it featured Rob Huebel as “Longtime ESPY producer Maxwell Walsh” and Tim Meadows as “Danica Patrick’s publicist/apologist Ronnie Reed.” (Perhaps his greatest music-related role since Walk Hard.)

Here’s the first part of the segment, with Huebel saying “Is Danica a good rapper? No. But neither was Kobe, and nevertheless, he persisted,” Patrick dropping some rhymes about Randy Johnson and the bird, and Meadows saying “Am I concerned that Danica’s involved in cultural appropriation? Definitely.”

And it went on from there, with Patrick criticizing Lance Armstrong and Meadows uttering lines like “In her defense, in many countries ‘man-whore’ is considered a distinguished profession”:

There was also a bit with Huebel saying he was scared of watching “Chris Berman eat chicken wings real slow.” He then went on to say “But that Danica, she scares me the most.” And Patrick then dropped some rhymes about Terrell Owens and his avoidance of the Pro Football Hall of Fame induction, and he responded:

And this ended with one about Gronk, because how could it not?

That’s certainly commitment to a bit. But hey, it was good for a couple of chuckles. Let’s just hope that Patrick isn’t planning to pursue rapping full-time post-retirement, thought…