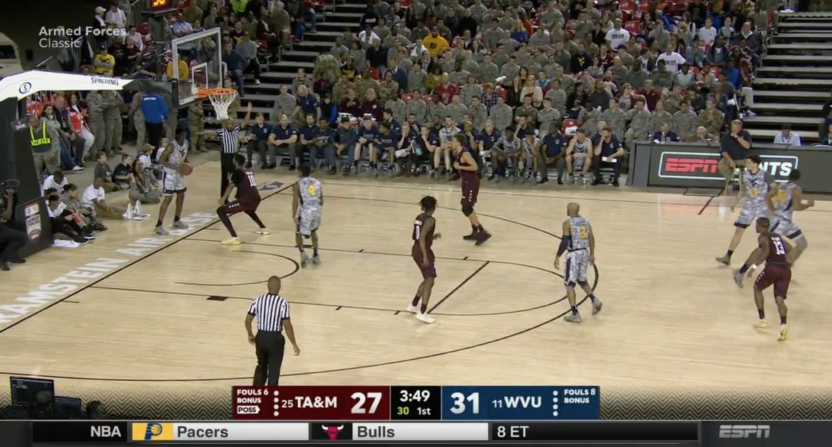 Last week, ESPN promised new graphics for their coverage of the upcoming college basketball season, and on Friday the network rolled out a brand new scorebug as well — one that’s bulkier and denser than we’re used to from the network. At first glance, it looks to have more text than previous ESPN score graphics, but upon closer examination, it contains all the same information, just packed a little tighter and in a bigger font.

See for yourself here:

The colors change depending on the teams playing, sometimes for better and sometimes for worse. Each version, however, features a transparent black bar extending to the side of the screen.

Get a load of the new scorebug for ESPN college hoops. pic.twitter.com/wLENmMfWdx

What are your thoughts on the new ESPN scorebug? There's a right and a wrong answer here. pic.twitter.com/Ka9tc1BLqe

And here’s a reminder of what ESPN’s college basketball scorebug used to look like, for comparison. 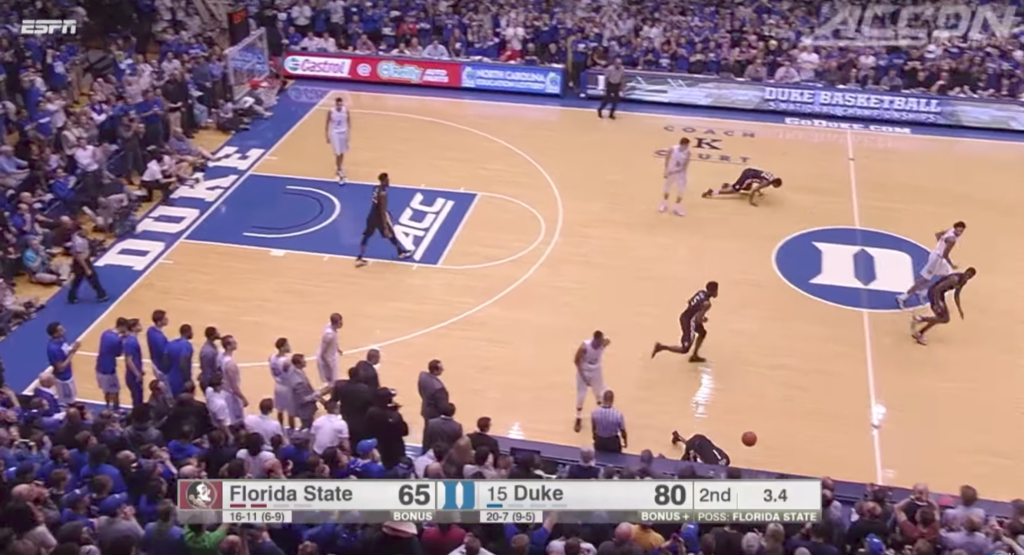 Some of the information (fouls, possession arrow) that used to be hidden below the score is now next to it, in a display that kind of resembles cat whiskers. That, plus a more blocky text, makes the whole image seem a bit unwieldy.

The good people of Twitter were not necessarily fans of the new look.

Not a fan of the new scorebug on ESPN's college hoops coverage.

That new @ESPN scorebug is garbage. It’s the worst they’ve ever put out.

What the heck @ESPN? No tenths of a second on the scorebug? @awfulannouncing #UVUvsKENT

.@espn change your scorebug this is trash

What the hell is ESPN’s new scorebug

Not feelin the CBK scorebug on ESPN

Oh my. This new @ESPN scorebug is downright the worst thing I've ever seen pic.twitter.com/YO9Kj0eTEp

In ESPN’s defense, however, the scorebug does have some fans.

This new ESPN scorebug for college basketball is fantastic. pic.twitter.com/XkCGKbe8kn

I actually really like the new ESPN scorebug for CBB.

The ESPN CBB scorebug is alright. I don’t like the tire tracks on each side.

The new basketball scoreboard graphic on ESPN is ??? pic.twitter.com/ASWMCkxHgp

And a poll of Kansas fans showed popular opinion on the bug is only slightly negative.

Whether you like or dislike ESPN’s graphic choices, you’re probably going to have to get used to them because there’s a whole lot of college basketball ahead.