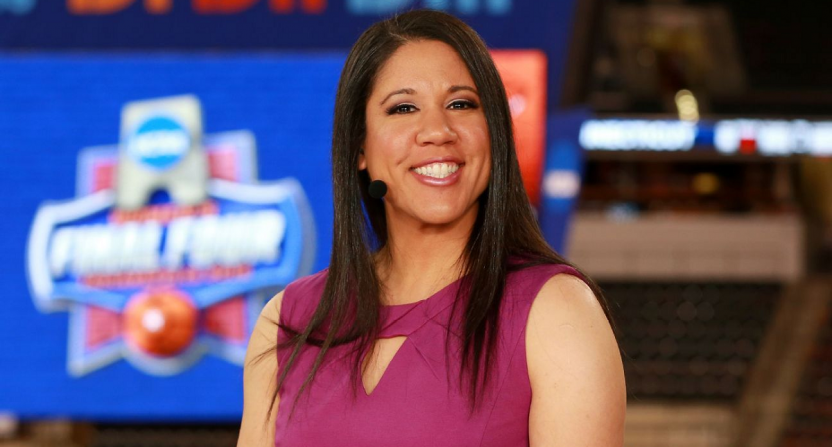 ESPN’s Kara Lawson has had a fantastic career in basketball, from her playing days at the University of Tennessee and in the WNBA through her broadcasting career, which began in 2004 while she was still playing in the WNBA.

Apparently that extensive and impressive variety of basketball experiences wasn’t quite enough to satisfy Lawson’s love for the sport, because today ESPN’s Adrian Wojnarowski is reporting that Lawson will leave ESPN to take an assistant coaching role with the Boston Celtics.

The Boston Celtics are hiring Kara Lawson as an assistant coach, league sources tell ESPN. Lawson, an ex-WNBA and Olympic champion, has been an NBA commentator with ESPN and the TV analyst for the Washington Wizards.

Woj expanded upon that report on ESPN.com:

Lawson had talked to several NBA teams about on-court coaching roles in recent years, but the chance to work with coach Brad Stevens and with the Celtics organization convinced her and her agent, CAA’s Bret Just, to accept an offer on Thursday, league sources said.

Lawson is well-regarded for a playing career that included three trips to the Final Four under legendary coach Pat Summitt at Tennessee, and 12 seasons as a point guard in the WNBA.

This is awesome for Lawson, and for the advancement of women coaching men’s basketball at the highest level. It does kind of suck for viewers, though; Lawson was very good at ESPN, whether it was in the studio or calling games. She’ll certainly be a great addition for Brad Stevens and the Celtics, and she might have even more opportunity for advancement; NBA coaching jobs open up a lot more regularly than the top basketball analyst roles at ESPN seem to.