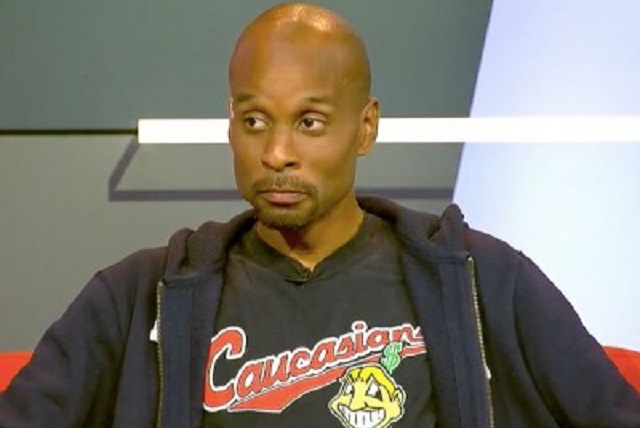 Whenever ESPN launches a new show, a segment of viewers immediately scrutinizes whether or not it will “stick to sports.” A couple of stray comments about political topics can turn a morning show fronted by an eternally uncontroversial radio host into a bogeyman for right-leaning ESPN critics.

Although no one would expect ESPN’s Bomani Jones to steer entirely clear of political and social issues on his new podcast, given that such subjects have always differentiated him from other sports commentators, it was inevitable he would get the question. Here’s what Jones told TheWrap on the subject of political and social issues on the recently launched “The Right Time” podcast.

“Me going outside of the realm of sports has always been dictated by what is going on in the realm of sports,” Jones told TheWrap. “We had a situation at the end of 2016 and early 2017 where the real world topics were coming up in a way that mattered when came to sports, so we talked about the immigration ban because you had NBA players who were potentially caught up in that.”

As for the new podcast, “I think we will fill the show with sports as much as possible as that’s what people come to us for. But once you are there, you’ve got to take it wherever you need to go to answer a question. If that comes from somewhere else, that’s where I am going to go to, but I don’t think it is effective to ramrod politics into your sports discussion because it doesn’t do you any good to talk if there ain’t nobody listening.”

Obvious exceptions have included when boxing legend Muhammad Ali died, as you couldn’t cover his life story without talking about the Nation of Islam, “which is not the easiest thing to do,” Jones said.

“What makes it a little bit different for me is that I am kinda good at it [talking about social issues]. There are a lot of people that when these issues come up, they look at me as they feel like I am a person who can address them,” he said. “I think in the time that I have worked this job, I’ve managed to do this without having any kind of giant controversy over any kind of observations I’ve made.”

It’s somewhat surprising, at least on first read, to hear Jones say he won’t “ramrod” politics and sports together, given his tendency to drift from conventional sports talk. But in reality, he’s making an important distinction. No one looks for a sports show that is entirely “political,” or else they would simply watch a show about politics. But plenty of listeners want hosts and commentators who are willing to broach third-rail subjects when those subjects truly relate to sports. He’s saying he won’t mash together sports and social issues, but he also won’t act as though they don’t often intersect.

In his interview with TheWrap, Jones also commented on the difference between hosting a traditional radio show, as he did until late last year, and hosting a podcast.

“If you do a radio show for 15 hours a week, you’ve got to please so many different people because everyone in radio is trying to grab that elusive listener for 15 minutes,” Jones explained, comparing the two formats. “With a podcast, you are dealing with people who are opting in, it is your most dedicated diehard fans and people who are making a conscious decision to walk in the door.”

In a way, that quote ties back to the discussion of political talk in a sports space. On the radio, Jones had to consider the opinion of whoever happened to flip on ESPN Radio between 4 and 7 p.m. ET. On a podcast, he can worry only about the listeners who seek him out, who like what he has to offer. That presumably gives him some room to be himself, which means talking about sports and social issues — while being conscious of not forcing them together.