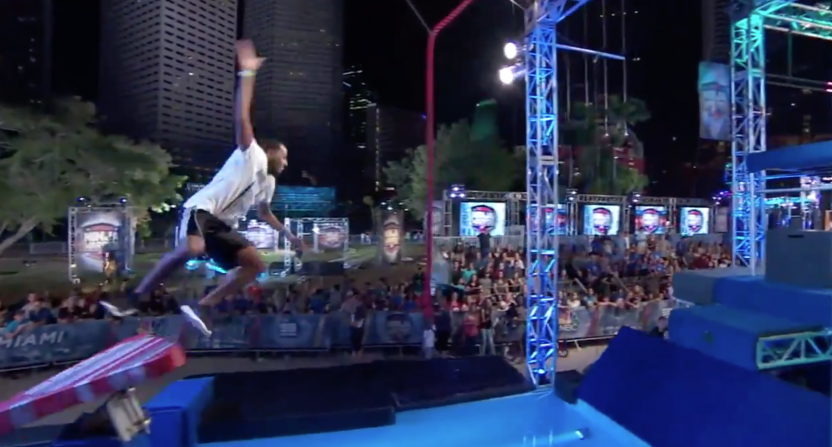 The Dan Le Batard Show with Stugotz visited the American Ninja Warrior’s Miami qualifiers obstacle course recently, and the cast did not exactly bathe itself in glory.

There was Mike Ryan failing to grab a rope to swing from. And Roy Bellamy falling off the “racing ledge.” And Billy Gil tumbling backward into a pool. And Charlie Hulme compromising his ability to have children. But best of all, there was this remarkable performance from ESPN NBA contributor and regular Le Batard guest Amin Elhassan.

Amin Elhassan did not make it far on America Ninja Warrior. pic.twitter.com/3syAfEbbXX

But like we said, Elhassan wasn’t the only Le Batard personality to fail spectacularly. Le Batard tweeted a video featuring highlights from all five contestants, with commentary from Matt Iseman and former NFL player Akbar Gbajabiamila. Make sure to hang on until the end (or skip right there) for Hulme’s extremely painful-looking wipeout.

This is not the first time we have seen the Le Batard Show’s prodigious athleticism at work. Back in February, Elhassan, Gil, Pablo Torre and “Fat Chris” competed in a series of footraces, in which the group (and Elhassan in particular) revealed itself to be something short of Olympic-caliber.

Some people are good at playing sports, others are good at talking about sports. The Le Batard Show guys fall squarely into the latter category.