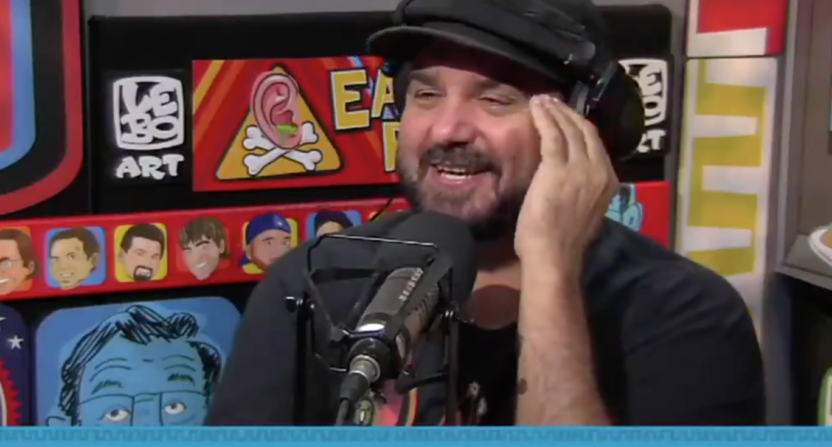 ESPN is diving even further into the idea of second-screen broadcasts with their personalities during games, announcing Tuesday that they’ll do that for every game of the NBA Finals. There’s a long history to their efforts on that front, dating back to even the 2006-07 ESPN Full Circle broadcasts (they were mostly feeds with alternate camera angles, but some of those alternate NBA and college football broadcast options also featured commentary from less-conventional commentators ranging from Colin Cowherd to Mark May to Stephen A. Smith and John Hollinger).

But they’ve ramped this idea up further in recent years, particularly with the BCS Megacast (which went from the much-panned inaugural Title Talk to the more-praised ESPN Voices to this year’s ESPN Voices overkill, and also brought in other “watch people watch the games” ideas like the Coaches’ Film Room). And this is the latest move in that direction, but it’s got at least one figure many might not expect.

Since the start of the Megacast, ESPN has expanded that “watch people watch” idea to other events. One particularly notable one this month was a Full Court Press show on ESPN2 during Game 2 of the NBA Eastern Conference Finals, which featured the draft lottery team of Cassidy Hubbarth, Mark Jones, Jay Bilas, Adrian Wojnarowski, and others. Now, ESPN is going to offer Full Court Press as a streaming option for every game of the upcoming NBA Finals, part of a larger NBA Surround initiative. And there are some interesting personalities involved:

As part of ESPN’s all-in coverage of the NBA Finals, it will unveil its first “NBA Surround” initiative. “NBA Surround” will include pre-game and in-game second-screen streaming offerings for every game, and special post-game “NBA at the Mic” shows on ESPN2 or ESPNEWS, which will carry post-game press conferences.

In addition, as part of “NBA Surround,” ESPN3 on the ESPN App will carry the pre-game warm-ups and layup lines for both NBA Finals teams, starting 45 minutes before each game. The ESPN App will also have an isolated camera feed displaying the game, with natural sound, throughout the series.

This sounds like somewhat of a combination of the Coaches’ Film Room (with active coaches like Gentry and Thibodeau) and the ESPN Voices (especially with Le Batard, who was part of this year’s ESPN Voices Megacast feed) ideas. And it’s going to be interesting to see how it goes; the first two of these seem likely to be pretty focused on straight analysis, while Le Batard’s seems likely to be more irreverent, humor-focused, and less strictly about the game. (The kicker to Mike Schur’s April Slate piece on Le Batard, “ESPN’s Dan Le Batard built a sports-talk empire by talking about sports as little as possible,” is pretty apt.) So that might lead to some disconnect if people tune into a broadcast expecting one thing and get something different. After all, there are many who don’t get the show.

It’s also interesting that this is only a streaming option. Yes, streaming is much more accessible than it used to be thanks to smart TVs, connected-TV devices like Roku and Apple TV and streaming on phones and tablets, but there’s still a gap from that to a TV option. The reason for that is probably about ESPN’s other content during these games (for example, for Thursday’s Game 1, the main ESPN network has the Scripps National Spelling Bee, while ESPN2 has Women’s College World Series coverage, and ESPNU has a play-along version of the Spelling Bee), but it’s maybe a bit curious that they didn’t put this on something like ESPNEWS (which has SportsCenter Featured and studio show reruns). Especially considering that those channels will be used for post-game shows and press-conferences.

ESPN is trying to emphasize their streaming content more and more these days, though, and perhaps this is another step in that direction. At any rate, we’ll see how it goes, and if it winds up being something that’s repeated for other events and next year’s Finals. And maybe we’ll see more feeds of Le Batard reacting to games down the line.