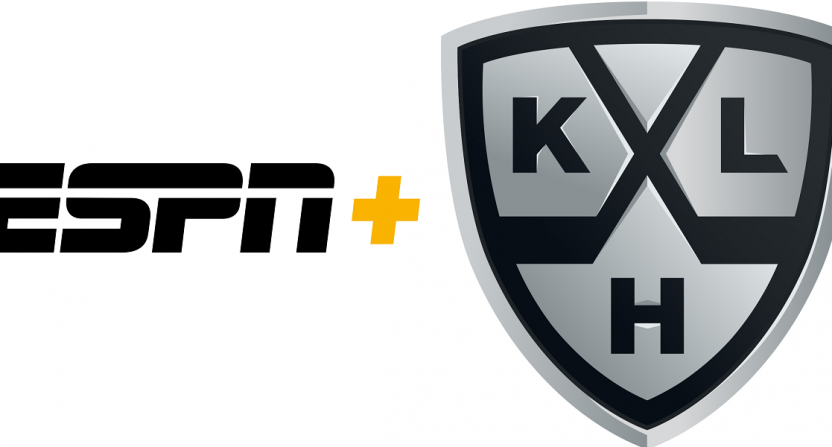 Hey, did you want to watch hockey early on weekdays? Good news! ESPN announced on Friday that ESPN+ will be streaming the KHL this season, with two games per week being featured.

The KHL season started on September 1st, and ESPN’s coverage begins today, October 1st. Ten games from the 24-team league will air in October, and ESPN+ will also stream all of the playoffs, including the Gagarin Cup championship series.

ESPN+ will stream more than 130 Kontinental Hockey League games this season, including all playoff and Gagarin Cup championship games, exclusively in the U.S. on ESPN+. Considered second only to the NHL, the KHL is the premier professional ice hockey league in Europe and Asia, with 23 teams based in Russia, Belarus, China, Finland, Latvia, and Kazakhstan. Throughout the season, ESPN+ will stream two games per week, and all games will be presented in English.

The news of ESPN’s KHL capture was first reported back in August by the Twitter account @PuckReportNHL. It took a month, but hey, they nailed it.

It’s wild how heavy ESPN has gone in on hockey over the last few months. And while adding the KHL probably won’t spur many new subscriptions, the content gives existing subscribers (especially those who have signed up for the NHL season) another reason to flip on the app during the day. The battle for eyeballs and screen time continues…