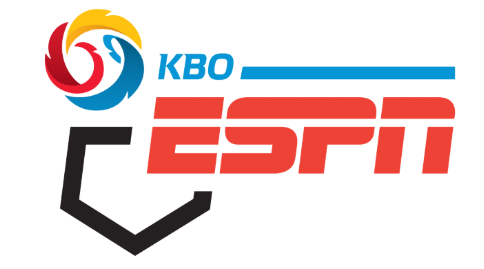 Those who are desperately craving live baseball will be getting their fix from ESPN and the KBO…but they’ll have to stay up late or wake up early to get that fix.

ESPN announced on Monday that the network would be airing one live KBO game per day, beginning with Tuesday morning’s Opening Day tilt between the NC Dinos and Samsung Lions. That Opening Day game will take place at 1 AM ET/10 PM PT, and the schedule will not get much more favorable from there for baseball fans.

One game will air each day, Tuesday through Sunday, generally on ESPN2 and on the ESPN App. The telecasts will air Tuesdays-Fridays at 5:30 a.m. ET, Saturdays at 4 a.m. ET and Sundays at 1 a.m. ET. The Lions vs. Dinos Opening Day telecast will air on ESPN, following SportsCenter with Scott Van Pelt.

As part of the agreement, ESPN will become the exclusive English-language home for KBO League live games and highlights for the 2020 season. The deal includes the postseason and the Korea Series best-of-seven championship. ESPN’s game selections will be made and announced on a week-to-week basis during the season. The telecast schedule and ESPN platform is subject to change pending future live event considerations.

I miss baseball, but not enough to wake up at 2:30 in the morning in the middle of the week. The situation is far more manageable for those on the east coast, because 5:30 AM isn’t *as* bad, but it still isn’t ideal.

In addition, ESPN will be having their own broadcasters call the games from their own homes (which seems…somewhat difficult for those on the west coast). The first three games will be called by Karl Ravech and Eduardo Perez, while Friday morning’s game will be called by Jon Sciambi and Kyle Peterson. Sciambi and Jessica Mendoza will call the two weekend morning contests.

Here’s the schedule for week 1 of the KBO on ESPN, per the network. (all times eastern)

Tuesday morning’s game will air on ESPN, while the rest of the week will air on ESPN2. Also, they’ll all be streaming through the ESPN app, which is expected at this point.

More than anything, I’m interested in seeing what kind of audiences these games draw. Obviously, they won’t reach the heights of a regular season MLB game on ESPN, but these games have to be able to outdraw early morning SportsCenter reruns, right?

Also of note: there will be replays of the games at various times throughout the day.

There are a number of MLB alums in the KBO, though many are 4A players you probably haven’t heard of. Notably, eight-year MLB alum Dan Straily will pitch for the Lotte Giants this year. Last year’s KBO MVP, former Dodgers pitcher Josh Lindblom, signed a three-year deal with the Milwaukee Brewers this offseason. Current Washington National Eric Thames starred in the KBO, winning the 2015 MVP award, before returning to the States with the Brewers in 2017, and two-time KBO MVP Byung-ho Park had an ill-fated stint with the Twins in 2016 and spent all of 2017 in the minors before returning to the KBO in 2018 and picking up where he left off.