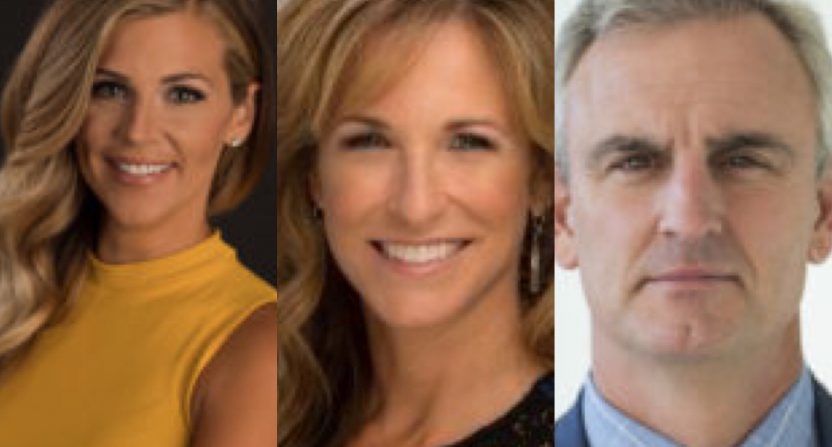 Jim Miller, the ESPN maven has tweeted that instead of using one person to replace Chris Berman on the NFL, the Worldwide Leader will go with a triplecast of broadcasters.

It’s an interesting trio to take the Berman roles. Kolber and Wingo were expected. They’ve been working the NFL for ESPN for quite some time so to have them on Monday Night Countdown/Monday Night Football and the NFL Draft aren’t out of their realm. However, the X Factor here was Samantha Ponder. She’s been associated with college football since she started with ESPN and hosted segments on College GameDay.

If Miller’s tweet turns out to be true and there’s no reason to think otherwise, it would mean there’s an opening on the college football sidelines as Ponder was the reporter on the ESPN “A” team with Chris Fowler and Kirk Herbstreit last season.

The idea of putting Ponder on Sunday NFL Countdown is a little out of the box. But as she’s having another baby, she’ll be able to continue to work for ESPN and cut down on the the travel each week. Before this news surfaced, there was the rumor that ESPN was looking at Fox’s Charissa Thompson for the Sunday Countdown spot so putting a new face on the show might have been the plan all along.

Kolber is a solid choice for Monday Night Football as she has been the on-site host on Countdown so taking over the show would be a natural progression.

And Wingo has been hosting the NFL Draft from the 2nd round on for the past few years so this seems to be a good fit to have him take over the entire event. And with him rumored to be the replacement for Mike Greenberg on ESPN Radio, giving him the Draft keeps Wingo associated with the NFL.

To have three people replace Berman shows how big ESPN considers the role. It tells us that no one person can replace him and it wants to spread the wealth among three people on the NFL.