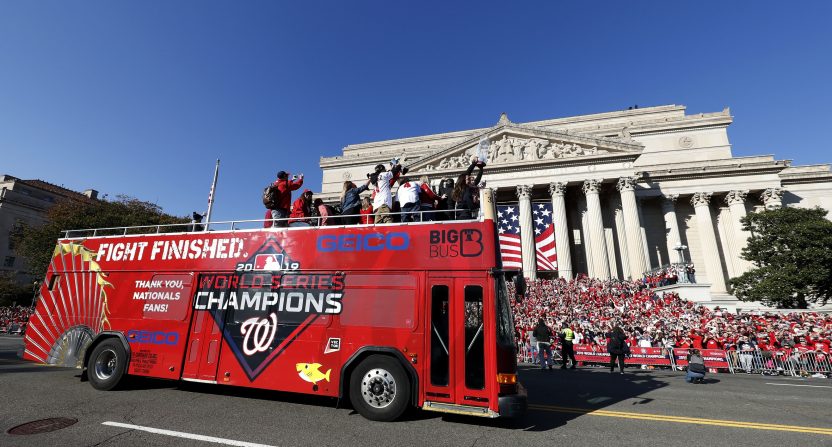 MLB’s expansion of the Postseason to 16 teams (up from ten) for the 2020 season was approved on Thursday, and mere hours later, all of those extra games already have a television home.

ESPN announced on Thursday night that it would air seven of the eight series this fall (with the eighth presumably airing on TBS, the home of one of the two Wild Card games in recent seasons). Essentially, the network increased their inventory of playoff games from one to somewhere between 14 and 21, while Turner (again, presumably) has increased their inventory by either one or two games.

The Wild Card round will take place between Tuesday, September 29th, and Friday, October 2nd. While start times haven’t been announced (for understandable reasons), we can safely assume that several games will be starting during the day, potentially giving ESPN a somewhat full schedule of live baseball that week.

Right now, there really isn’t much else to say aside from that. Fox’s playoff inventory remains unchanged, and will remain the home of the World Series and the entire National League Postseason from the Division Series on. Turner has all of the AL Postseason from the Division Series on this year, and (for the third time, presumably) has one of the Wild Card series. Given the fact that ESPN has a pair of widely distributed sports cable channels, it makes all of the sense in the world for them to be the network picking up all of this extra inventory. But with so many games starting in potentially similar windows, it will definitely be interesting to see just when all of these games will start, and where exactly they’ll air.