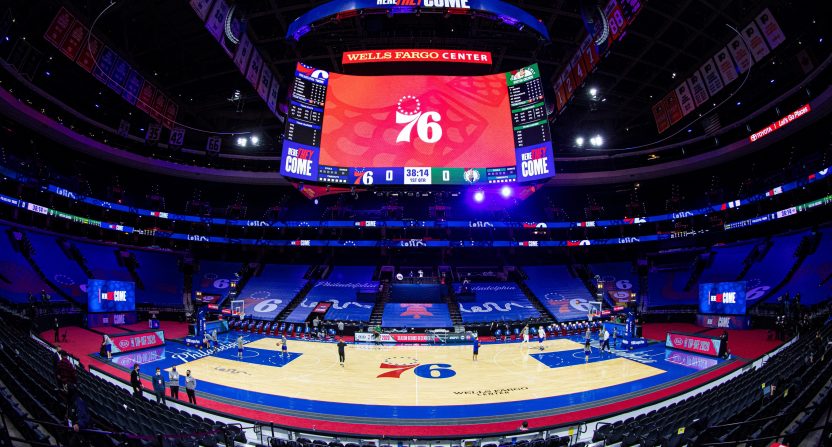 The gambling-adjacent alternate broadcast of a sports event is finally coming to ESPN.

On Monday, the network announced that Wednesday’s Nets-76ers game would be getting the gambling treatment, with the Daily Wager crew covering the game on ESPN2 (with a simulcast on ESPN+).

ESPN will offer its first Daily Wager Special alternate presentation for an NBA game on Wednesday, April 14, at 7 p.m. ET when the Brooklyn Nets visit the Philadelphia 76ers. As part of the multiplatform coverage, ESPN+ and ESPN2 will both carry Daily Wager Special, which is ESPN’s first alternate presentation fully driven by sports betting content. The traditional game telecast for Nets vs. 76ers will air on ESPN.

The traditional broadcast will air, as is standard, on ESPN, with Mike Breen, Doris Burke, and Lisa Salters on the call.

The Daily Wager Special will include the obligatory discussions about pregame odds, futures, predictions, and updates from other games. It will also feature different graphics, along with a pregame and halftime show.

The idea doesn’t appeal to me personally, but it makes sense if the network doesn’t have any other live events to air on ESPN2 at the same time as the NBA game. If the broadcast is well-received, I can definitely see it being a regular occurrence. Even if it doesn’t receive top marks from viewers, it wouldn’t surprise me at all if it still existed on ESPN+ during major live events. Aside from added production costs, there isn’t much to lose here for ESPN.